GAA: Kerry way too good for Mayo in final 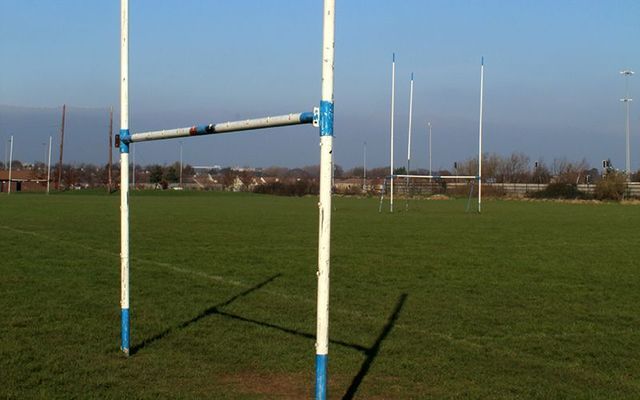 David Clifford was outstanding as Kerry handed down a heavy National Football League final defeat to Mayo in Croke Park on Sunday, but manager Jack O’Connor was quick to dampen Kingdom expectations ahead of the championship summer that is now around the corner.

Mayo, beaten by 15 points on a scoreline of 3-19 to 0-13, open their own Connacht Championship campaign against Galway three weekends from now, and O’Connor believes that, and an injury crisis, was a factor in their poor show at headquarters.

“It’s hard to know how much intent Mayo had. One eye, if not two of their eyes were on the Connacht Championship game in three weeks, so it’s hard to know where we are. We’ve five weeks until our Munster championship game with Cork and maybe that meant we could go a bit more flat out today. That showed in the last 20 minutes,” O’Connor said.

“It was competitive in the first half. I felt we left a good share of scores behind us in that time. We told the lads to settle down and be a bit more patient with the ball up front. I thought we were forcing it a little bit. In the second half Mayo had to chase the game a little bit and we played on the break.

“David Clifford and Paul Geaney and Tony Brosnan, when he came on, got a lot of space up front. We know what David can do when he gets space.”

Clifford scored a goal and five points from play and added point from a free in his Croke Park masterclass. O’Connor continued, “David is a great lad, very level-headed. He’s at the top of his game at the moment but he keeps his feet on the ground. He’s great with the other players, not big-headed or cocky. He’s a team player above all else and that’s why I respect him.”

Asked about following the league win with an All-Ireland title, as he did previously in 2004, 2006 and 2009, O’Connor insisted, “I don’t believe in piseogs. But it never hurts to win a league when it’s in the same calendar year as the championship.”

Kerry captain for the game, Clifford paid tribute as he accepted the league trophy to young Sligo footballer Red Óg Murphy who died at just 21 years of age on Friday.

“I want to send regards from everyone in Kerry GAA to the family of Red Óg Murphy from Sligo,” said Clifford who had played against Murphy in the Sigerson Cup earlier this year. “We were all lucky enough to see Red Óg play in the Sigerson this year, and we saw what he could do.”

Mayo boss James Horan was honest in his appraisal of the game and his team’s performance.

“If you live and die on one game it’s not a very good review. We look over the whole league and see what we can take from it, and there’s a lot. We got some good results and good performances. We got guys back on the field today but we’ve a lot of injuries to deal with.

“Hopefully our pitch is sorted for next week so we can get down to getting ready for our championship game. Galway are a very good team who have been going very well. Any game against them is always very tight but it’s one we’re certainly looking forward to.”

Cork just couldn’t live with a red-hot Stephen Bennett as his two goals and 11 points inspired Waterford to a 4-20 to 1-23 win in the Allianz National Hurling League final at Semple Stadium on Saturday night, the perfect boost for the Munster and All-Ireland hurling championships to come this summer.

A fourth league crown and their first since 2015 will do Waterford a power of good ahead of their championship opener against Tipperary at Walsh Park on April 17.

“The prize on offer was to get the league title on offer and we’ve done that tonight,” Deise boss Liam Cahill told RTE Sport afterwards. “We really wanted to work the league well to give us the opportunity to look at players, as well as trying to get to the latter stages of it and then trying to win it. When we got to a semifinal we put a real focus then on trying to win it.

“It’s a good start for us and we shouldn’t have any excuses now heading into the championship. Any day that you can score goals builds confidence. These lads are training hard behind the scenes to create those chances. Tonight we took some of those and we now want to keep the momentum going.”Beaten Cork boss Kieran Kingston will refuse to panic in the wake of the heavy Waterford defeat.

“It’s not back to the drawing board after one game,” Kingston told RTE Sport. “If we’d lost to Kilkenny last week by a point we wouldn’t be having this conversation. We’ll take a lot from the league, we learned a lot from the final, obviously, and we’ll learn a lot from the season.”

All-Ireland champions Limerick are first up for Cork in the Munster Championship and Kingston insisted, “Sometimes you learn more when you lose than you do when you win. We’ve got to press the reset’ button and get ready…starting off in two weeks.”

Cork's footballers have threatened to forfeit their Munster SFC semifinal fixture against Kerry if the provincial body carry out plans to switch the game to Killarney due to the unavailability of Pairc Ui Chaoimh owing to an Ed Sheeran concert at the venue. The Cork squad want the game staged at the smaller 11,000 capacity Pairc Ui Rinn ground beside Pairc Ui Chaoimh on May 7.

Marc Sheehan, Cork County Board chair, has backed the calls made by his players and has confirmed the board will support a boycott if needed.

“Since Wednesday night we’ve been talking to our team management and players,” Sheehan told RTE.

“We had an executive meeting on Friday evening and we have formally corresponded with the Munster Council requesting that this decision is revisited and that Pairc Ui Rinn is reinstated as the venue for the Munster senior football semifinal on May 7.

“We are fully aligned in Cork around that decision to write in, and also the enabling works that are required, which had been flagged for quite number of weeks by the Munster Council in the run up to this. Those enabling works will be completed well in advance of May 7 and we will have safe capacity for 11,000 patrons on that night.”

Sheehan also explained that the Sheeran concert only became an issue post the Covid-19 pandemic.

He added, “That is certainly a major factor here. All our lives have been on pause in terms of the Covid situation and during that time we had the de facto split season which has become the formal split season.

“The Ed Sheeran concerts scheduled for late April are part of a world tour and they came into the diary prior to the split season. That essentially is the crux which has brought about this situation. But ultimately we are appealing to the Munster Council to reconsider their decision of last Wednesday night, for very good reasons.

Substitute Diarmuid Murtagh scored a killer late goal as Roscommon shocked Galway by a point, 1-20 to 0-22, in the National Football League Division 2 final at Croke Park on Sunday after the fancied Tribesmen had hauled back a five point Rossies lead midway through the second-half to lead by one inside the last five minutes.

Early in injury time Murtagh raced through and shot past Connor Gleeson for the decisive score of the game. “It was a tremendous strike by Diarmuid and that’s what really won the game for us. He’s a class player and a great man to have in our team. That score deserved to win the match,” said Roscommon boss Anthony Cunningham afterwards.

“It shows massive composure. That’s what you want from your top-class players in the heat of battle.”

Louth boss Mickey Harte opted not to talk to the national media after Saturday’s impressive 1-14 to 0-12 win over Limerick in the NFL Division 3 final at Croke Park, but his team did the talking for him as a second-half Liam Jackson goal inspired them to the title after their sixth win on the trot this year.

Cavan picked up the Division 4 crown with a narrow 2-10 to 0-15 victory over Tipperary in the opening game on Saturday, youngster Paddy Lynch grabbing a goal in each half for the Ulster side.

Westmeath will play Division 1 National League hurling next season after a 5-19 to 1-17 win in the Division 2A final at Semple Stadium on Saturday.