Dublin remain the team to beat in Ireland following a comfortable win over Westmeath. 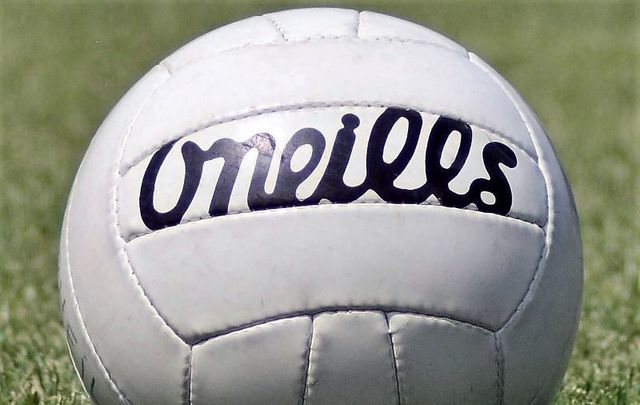 It looks like a Dublin vs Meath decider is on the cards in Leinster. Creative Commons

Dublin remains the team to beat in Ireland and Leinster and proved it again as they took Westmeath apart in their provincial quarterfinal on Saturday, but the story of the weekend on the East Coast belonged to Nobber youngster Jordan Morris as Meath hammered Wicklow by 7-14 to 0-7 in Aughrim.

Morris scored a stunning hat-trick on his championship bow as the Royals booked a return to Croke Park for Sunday’s semifinal against Kildare, with manager Andy McEntee not at all suspired by the goal tally as Meath won their first competitive game in Championship or League in 16 months.

“I guess we’ll soon know, I won’t know that until next weekend. But no more than anyone else he’s worked extremely hard and got himself an awful lot stronger and he’s in good shape, like the vast majority of the squad, so we’re glad that he’s playing well.”

Kildare are next up for Meath after their 0-20 to 0-16 win over Offaly at O’Moore Park when manager Jack O’Connor praised the bravery of substitute Neil Flynn who scored three vital points late on for the Lilywhites just a day after burying his father who died suddenly last week.

“I have to pay tribute to Neil Flynn. He buried his father yesterday and came in and kicked a savage score from the sideline, and then two more,” said O’Connor. “It’s a great sign of the man and hopefully that will give the family a little bit of a lift after the tough week they had.”

Dublin – with former star Darren Daly on board as a selector just weeks after he retired from the squad as a player – were comfortable throughout their 0-22 to 0-11 win over Westmeath at O’Moore Park on Saturday night.

Blues boss Dessie Farrell said afterward: “I’m happy. It was a decent performance. Just to get up on the road, I think we couldn’t have asked for any more, really. It’s about Championship for this team, and I think we stepped it up a level from our previous two League games which was good to see.

“This team needs to evolve and continue to grow to create that separation between ourselves and whoever is coming. That pack are chasing and they are hungry. We need to be on our toes.”

Laois will play Dublin in Croke Park on Sunday after their 1-16 to 1-14 win over Longford in Pearse Park.

In other football news, Louth County Board announced they will not be renewing the contract of senior football team manager Wayne Kierans after two seasons in charge.

Down, Cavan to Meet

Down were well worth their 1-15 to 0-11 Ulster SFC win over Fermanagh in Brewster Park on Sunday when a Donal O’Hare goal proved decisive, but manager Paddy Tally knows improvement is needed against Cavan in this weekend’s provincial semifinal.

“The first half was a typical Ulster Championship match – very tight and nervy,” Tally told RTE Sport afterward.  “Both times were playing it tight and cautious. We hadn’t played a game in a long time, we weren’t entirely sure where we were, so it took a bit of time to get the confidence up.

“But I thought as the game opened up we were value for our win. Cavan are next and they are a different team to Fermanagh. They’re very different in the way they play. They’re physically very strong and very big around the middle. They’ve two or three very sharp forwards that will score.

“Gearoid McKiernan is worth four or five points to that team, whereas Fermanagh probably didn’t have that key marksman from play. He’s a different proposition, and they also have other players like Martin Reilly and Cormac O’Reilly. They’ve really, really good footballers, so we expect a very tough game and all we can do is get our homework done and get planning for it.”

Cavan saw off Antrim by 0-13 to 0-9 at Breffni Park on Saturday, a result that saw Lenny Harbinson quit his role as Saffrons boss afterwards.

“It was a typical Ulster game where Antrim came with a game plan and made it very difficult for us,” said Cavan boss Mickey Graham.

“They frustrated us for long periods and it took us a while to get to grips with it. We got a couple of scores at vital times and I’m just delighted.  It was all about the result today, more so than the performance.”

TIPPERARY booked their place in the Munster SFC final against Cork with a hard-fought win by 1-15 to 2-11 against hosts Limerick in Saturday’s semi – a result inspired by some honest words from manager David Power as a brilliant Conor Sweeney pointed free from the sideline forced this tie to extra-time.

Brian Fox scored a last gasp point in the second-half of extra time to clinch the victory for Tipp and Power admitted, “At halftime, we had a good honest chat. We knew we hadn’t performed. We said we’ve got two options. We can either go out there and go through the motions or just give it one right rattle.

“And by God, the first 15 minutes of the second half, they were excellent. That’s probably the most frustrating thing. Why couldn’t we do that the first half? But it is what it is. Those kind of wins, they can be huge as well. The last few weekends, we’ve been winning throughout the game. So, this is a big, big win for Tipperary football.”