"We’re looking for sponsorship for the ball tickets and tables for the soldiers, otherwise they will have to pay themselves." 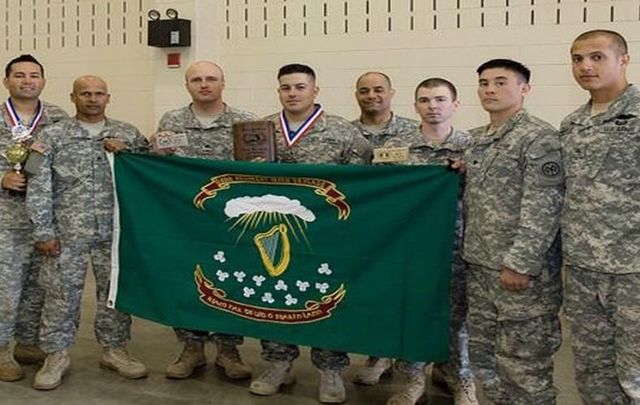 Fighting 69th are looking for sponsors for their Christmas gala. Facebook / Fighting 69th

The Fighting 69th Infantry Regiment will host its second annual soldiers ball on Saturday, December 16 at Citi Field in Queens, and the traditionally Irish New York City-based regiment, which leads off the city’s St. Patrick’s Day Parade each year, is looking for assistance to ensure that the ball is a success.

“The soldiers ball is a capstone event for the soldiers and their spouses,” Don Makay, commander of the Fighting 69th, says.

“Guys wear their uniforms and girls dress up nice.  It’s a great culminating event for the year, and the soldiers have worked really hard this year.”

Last year’s holiday gala was the first ever for the Fighting 69th. At the end of a long year, Makay feels it’s fitting that the regiment takes time out to celebrate.

“The soldiers are constantly being asked to go above and beyond,” he says, noting that training exercises during the past two years have taken Fighting 69th members to Louisiana and Australia.

“We’re looking for sponsorship for the ball tickets and tables for the soldiers, otherwise they will have to pay themselves.” A table of 10 costs $1,000.  Funds raised will also help defray expenses due to the temporary closing of the 69th Regiment Armory on Lexington Avenue.

For information or to make a donation, visit www.fightingsixtyninth.org, or call Colonel James Tierney at 646-424-5586.