John Lowe of Money Doctors shares his wisdom for non-nationals living in Ireland, a section of Irish society that this some island simply can not do without. 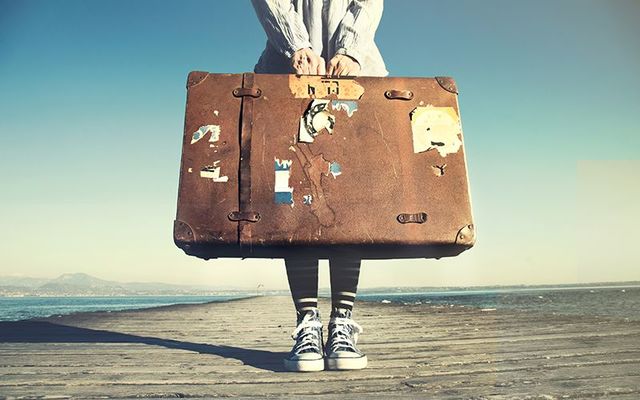 Are you an Irish ex-pat or someone planning to move to Ireland? Here's what you need to know. iStock

John Lowe of Money Doctors shares his wisdom for non-nationals living in Ireland, a section of Irish society that this some island simply can not do without.

John Lowe of Money Doctors, a Fellow of the Institute of Bankers in Ireland and a qualified financial adviser plus a Personal Insolvency Practitioner with 27 years in financial institutions including Bank of Ireland and Ulster Bank, had the 15th edition of his best-selling personal finance annual Money Doctors 2020 published just before Christmas by the O’Brien Press. This edition is special because this year it contains an 8,000-word chapter on non-nationals – a guide to living in Ireland.  John maintains without non-nationals Ireland will not survive financially by the end of this century.

So you don’t have to be a rocket scientist to understand that the Irish government of 2050 simply will not have the money to pay State pensions or possibly even public sector pensions at that time.

The pension age in Ireland is being increased in 2021 from age 66 to 67 and from 67 to 68 in 2028. There is even a proposal from the Economic Research and Social Institute (ERSI) to increase the age to 70 in 2030 – this on the back of the French President Macron scrapping plans after riots and transport stoppages in the last few weeks to increase the French retirement age to 64 – it is currently 62.

Auto-enrolment is also going to be introduced in 2022 throughout Ireland whereby all employers MUST set up and contribute to their employees’ pensions. They still have to work out the details - what percentages of income the employer or employee must contribute, when either party can opt-out and which employees are exempt. In my view, it is 25 years too late.

By 2050, the government will not have enough funds coming into their “coffers” to afford all these payments and the State pension at that time may be a thing of the past…

This is why the non-national from any country wishing to live and work in this country is so important. They are our hope for the future. These are people from outside Ireland who have generously decided to live and work in Ireland and contribute financially and socially to the fabric of Irish life.

With 70million Irish Americans, we also need to reach out to the American diaspora.

Polish immigrants are currently the largest ethnic group living in Ireland currently while the second largest group are the Brits ( UK ) The guide to living in Ireland is aimed at ALL potential immigrants who want to move to Ireland. Everything you need and want to know about living and working in Ireland before you set foot on the auld sod. The support and help groups, state and social entitlements, citizenship to how to start your first job.

We would love to see you back.

For those wishing to know all aspects of personal finance pertaining to Ireland, this also is the definitive book on the market.

You can buy John Lowe's latest book, Money Doctors 2020, on Amazon or in Easons.