Dublin woman Cassie Hughes, who was ready to sell her car for cash, said she was "freaking out" when she learned she won the massive prize on Raffall. 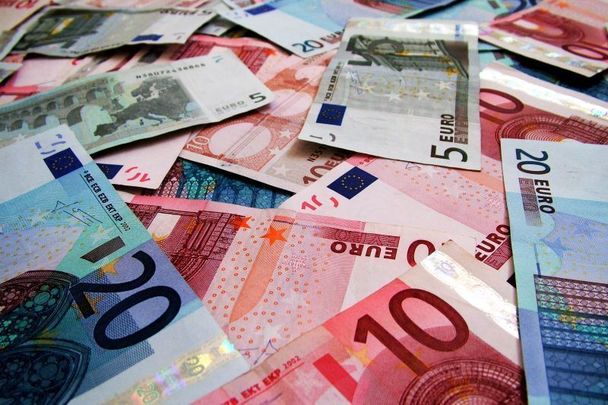 The raffle could not have come at a better time for Dublin woman Cassie Hughes. Getty Images

A Dublin woman who won a whopping €320,000 ($360,000) in a recent raffle has revealed that she put her car up for sale on Instagram just hours before the draw due to her financial struggles.

Cassie Hughes, 29, from Perrystown in South Dublin, was also due to move back into her parents' house to help save money before winning the life-changing prize.

However, Mooney failed to sell enough tickets to cover the cost of his apartment, so the lucrative cash prize was offered instead, as per the rules of competition platform Raffall.com.

Hughes told DublinLive that she had forgotten about the draw and was video calling a friend when she received an email informing her that she had won the grand prize.

"I clicked into the email and it said 'can I have your phone number because you just won over €300,000," Hughes told DublinLive.

"I was freaking out but I also wanted to stay calm because there are so many scammers out there.

"I went onto their Instagram then and looked at the video of the draw that had been live-streamed. I was trying to fast-forward it to the part where the name was called out and the next minute I see 'Cassandra Hughes' and I couldn't breathe."

Hughes said her body was "shaking" as she tried to digest the news, adding that her parents were "screaming" when she rang them.

"For my parents, it's been such a financial struggle for them over the past few years. They've worked all their lives and they're the best people ever."

Mooney will be donating €5,000 of the money raised to Pieta House and Hughes has pledged to match his donation, stating that the charity is something "very close" to her heart.

Mooney said it was heartwarming to see that the raffle had changed someone's life forever.

"From the outset, that was one of the things that we really wanted to do; have a positive impact on someone's life for the rest of their life," Mooney told DublinLive.

Mooney failed to raise enough money to raffle off his apartment, but Raffall's competition rules state that a raffle host must make 75% of ticket sales available, with 15% going to the host and 10% going to Raffall.

Raffall CEO Stelios Kounou told IrishCentral that the company aims to encourage anyone taking part in an online draw that they will win a cash prize even if the host fails to provide the original prize.

He said the company has overseen 16 successful housing competitions across Ireland and the UK over the past 16 months and countless other draws where a cash prize was awarded, adding that hosts have to undertake a significant burden to sell enough tickets to raffle off their property.

Kounou explained that people are so interested in taking part in housing competitions because they offer much better odds than winning the lotto but still offer a life-changing prize.

Although housing draws have been incredibly popular on the site, he explained that they were not Raffall's initial focus.