"Send a bold message to the new US administration on their first day of office. We stand together, recognizing that defending the most marginalized among us is defending all of us.” 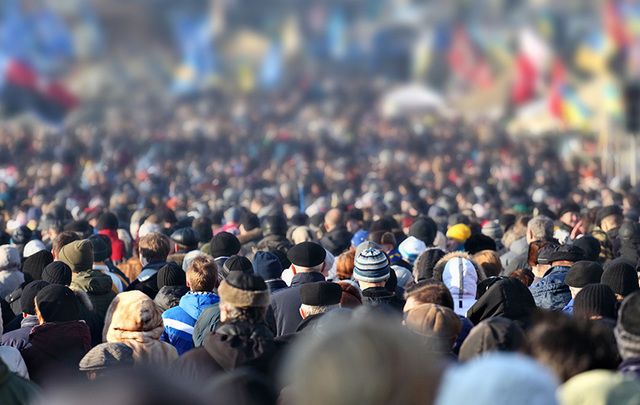 Post inauguration march plans to "send a bold message to the new US administration on their first day of office. We stand together, recognizing that defending the most marginalized among us is defending all of us.” iStock

A group of Americans living in Ireland have planned two marches in Ireland in support of the global ‘Women’s March on Washington’ events happening all over the world on Saturday, Jan 21. The marches in solidarity for the protection of not only women’s rights, but for the equal and civil right of everyone will take place in Galway and Dublin.

The group states: “We join with the Women’s March on Washington to send a bold message to the new US administration on their first day of office.  We stand together, recognizing that defending the most marginalized among us is defending all of us.”

The Dublin event will start at the Garden of Remembrance and the Galway event in Eyre Square. The organizers are inviting Irish community – women and men of all faiths, sexual orientations, ethnicities and colors - to join the group and march to as and diverse united community.

Stand with us, and let the world hear our voice. (Created by: BLNK) #WomensMarch pic.twitter.com/R0mXC43ad4

According to the organizers:

“The rhetoric of the past election cycle in the United States has insulted, demonized and threatened many - immigrants of all statuses, those of diverse religions and faiths, people who identify as LGBTQIA, minorities, people with disabilities, survivors of sexual assault - many now are hurting and scared.  We are confronted with the question of how to move forward in the face of international concern and fear.”

Fanya O’Donoghue, a spokesperson for the group is an American who has been living in Galway since 2013 with her Irish husband and four sons. She told IrishCentral “As Americans living in Ireland, many of us felt that we needed to do something to show our support from abroad and raise our voices; while we are proud to be American and proud of our democratic process, the majority of our nation does not agree with the agenda of the incoming administration.

“We’re concerned that Trump will aggressively target women’s rights, the rights of the LGBTQIA communities as well as the civil rights of all citizens and immigrants.  This march is an opportunity for us to not only address the issues in America but to also unite with our Irish community and focus on issues that affect us here in Ireland - women’s reproductive rights, homelessness, fighting racism, sexual assault, supporting asylum seekers and refugees, climate justice, equal rights for all and many other issues.”

Democrats Abroad Ireland as well as Irish organizations such as the Abortion Rights Campaign, Amnesty Ireland, Coalition to Repeal the 8th, R.O.S.A , Galway Anti-Racism Network, and Galway Pro-Choice are supporting and promoting the march.