Closing Famine museum, a “slap in the face to the Irish Catholic community”

Reaction to the potential closing of the Great Hunger Museum at Quinnipiac University in Connecticut by the new President Judy Olian has been swift. 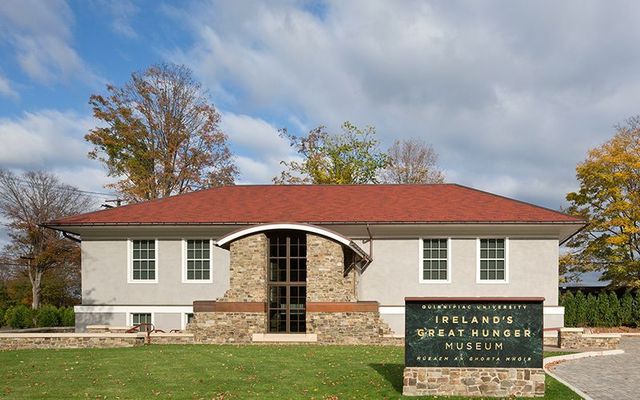 Ireland's Great Hunger Museum, at Quinnipiac University, CT, could be closed down due to new president's decisions. ighm.org

Reaction to the potential closing of the Great Hunger Museum at Quinnipiac University in Connecticut by the new President Judy Olian has been swift.

Attorney Hugh Keefe, who served on the Quinnipiac board of trustees until June 2018, called it “a slap in the face to the Irish Catholic community” and wondered at the motives behind the effort by the new president of Quinnipiac to bring about the Great Hunger Museum's closure. He made the comments in an interview with the New Haven Register newspaper.

“The Irish have faced discrimination before,” said Keefe, a Quinnipiac graduate who received a distinguished alumni award from the school.

He stated he was unsure that Olian could close the museum down on her own and that a vote of the board would be needed. If the majority of the board opposed the closure it would not happen, he stated.

Instead of threatening the museum, the school should be deciding what building to name after former President John Lahey, he said.

Olian had released a statement confirming that the museum was being reassessed.

“The university is in the midst of a rigorous and comprehensive strategic planning process around the critical priorities of student learning and institutional excellence. Given our many student-centric priorities, our hope is that Ireland’s Great Hunger Museum identifies diverse sources of support for its programs and initiatives, including philanthropy,” said Lynn Bushnell, Vice President for Public Affairs at Quinnipiac.

A source told the Irish Voice that Olian has “no interest” in the museum and that she wants it closed.

“She’s never said one supportive thing about the museum. And it will be hard to raise money if the president is sending out signals that she doesn’t care about it.”

Here's a short video about the Great Hunger Museum, made in 2014, two years after its launch:

How do you feel about Quinnipiac's decision to possibly close the Great Hunger Museum, dedicated to the history and plight of the Irish during the Irish Famine? Let us know in the comments section below.