Anand Goel, 26, died in January after falling from the Cliffs of Moher in Co Clare. The Trinity College student was observed taking "lots of selfies" before he fell. 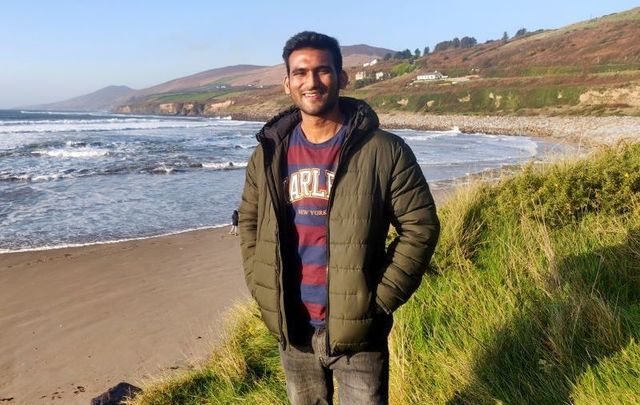 Anand Goel was observed taking "lots of selfies" before falling from the Cliffs of Moher in January. Facebook

Anand Goel, 26, died after falling from the Cliffs of Moher in January

Anand Goel, the 26-year-old student who fell to his death at the Cliffs of Moher in January, was “taking lots of selfies” at the time of the tragic incident, an inquest heard this week.

The Journal reports that a verdict of accidental death was returned following a coroner’s inquest in Ennis, Co Clare on Monday.

On January 4, Anand Goel, a native of India who was studying at Trinity College in Dublin, took a bus tour to the scenic Cliffs of Moher in Co Clare. A keen photographer, the 26-year-old student was seen taking selfies close to the edge of the Cliffs before falling to his death.

Nadine Stoeckl and her boyfriend Leo Voehringer, German tourists who said they were about 15 meters away from Goel at the time of the incident, both provided depositions for the inquest.

Stoeckl said that Goel “was taking selfies, lots of them” near to the edge of the Cliffs on the day he died. She added that she and her boyfriend were discussing “how dangerous it was where he [Goel] was sitting.”

Voehringer said: “The guy was sitting at the edge of the cliffs taking selfies. He was on his own. There was no one around him.”

He added: “The cliff edge was around him and he was on a part of the edge that was jutting out. We were standing there for around two or three minutes saying how crazy this is.”

“I told my girlfriend not to look at him anymore – we kept turning around to watch him.”

Read More: Indian student who fell to his death at Cliffs of Moher was on a photo tour of Ireland

Stoeckl said: “Myself and my boyfriend were chatting and then I looked around and I saw that the man who had been taking the selfies falling.”

“He was about two meters into his fall and his body was in a star shape with hands and legs out. He was falling backwards.”

“I thought I was seeing things. I turned back to my boyfriend and said ‘now, he fell down’ in German. Leo looked out and saw nothing and said ‘the man is gone’.” 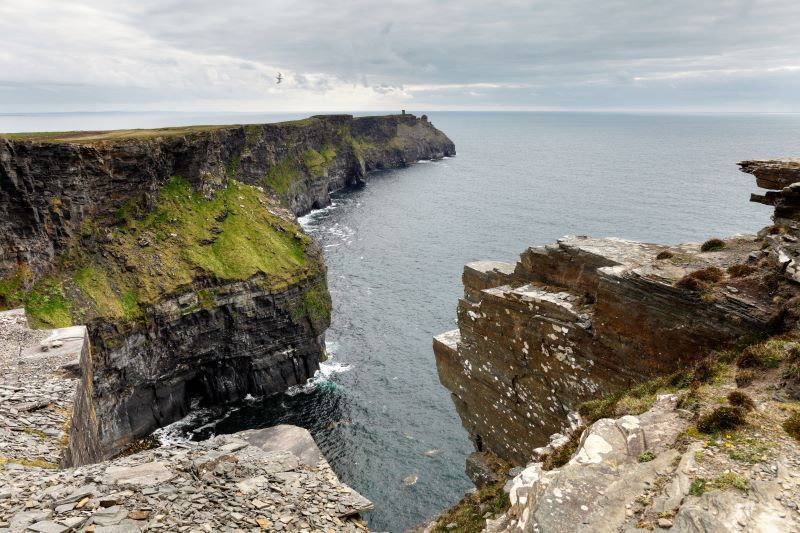 Hag's Heat at The Cliffs of Moher (Getty Images)

Another tourist, Australian Madeline John, said she walked nearly 20 minutes to the Cliffs of Moher visitor center to raise the alarm after the incident.

John said: “I turned to two boys next to me -they said they didn’t see anyone but heard a scream and a loud crack and lady on my right heard a loud crack.”

“I stood there for a couple of minutes in disbelief trying to figure out if it was real.”

An Irish Coast Guard helicopter that was conducting training nearby was diverted to the scene of the incident. Michael Sandover, winch-man aboard the helicopter, said the crew used heat-detecting technology to locate Goel’s body which was about 3km north of Hag’s Head, the end of point of the Cliffs.

Sandover noted that retrieving Goel’s body was “at the limit of our capability,” but he insisted his crew press on as light was fading and the Doolin Coast Guard Unit was delayed.

During the inquest, coroner Isobel O’Dea told the court: “It is quite clear that Mr. Goel was taking selfies in what proved to be a very dangerous place.”

“There has been no evidence that there was any intention by him to do self harm and very much the evidence of all of the witnesses was that Mr. Goel was taking selfies in the sunshine before he fell.”

The post-mortem found that Goel died from severe skull damage consistent with a fall from a height.