Rebecca Saunders has won permission to exhume the remains of her 3-year-old daughter Clarissa McCarthy who is buried in Co Cork with her father who murdered her. 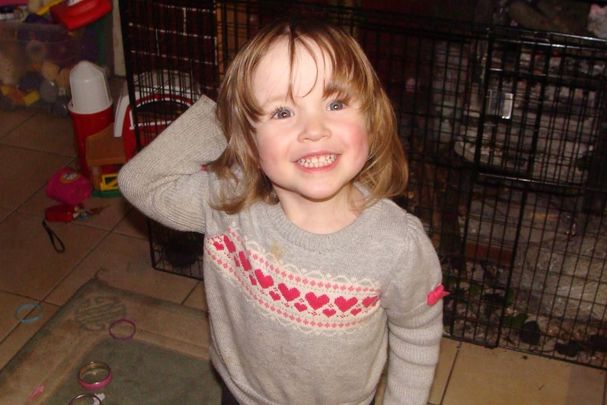 Rebecca Saunders, the American mother of Clarissa McCarthy who was killed by her father Martin McCarthy in Co Cork in 2013, has won permission to exhume Clarissa's remains.

“Clarissa‘s Cause has secured the license from Cork County Council to exhume Clarissa!" Saunders wrote in an update shared on the “Clarissa’s Cause” GoFundMe page on Tuesday.

"This moment has been a long time coming. Over nine years of wishing and hoping! Soon it will be a reality! Soon I will be able to take her from where she currently rests and bring her home with me."

After thanking people for their support, Saunders added: "Soon I will be able to take my baby home. I will keep everybody updated when that happy day comes. It is definitely in the near future!"

The Irish Times reports that a spokeswoman for Cork County Council confirmed it has granted a license for the exhumation but said it would be making no further comment on the matter.

A heartfelt thank you to everyone who has helped to shape this into reality. You’ve no idea what this means to me and my family.

On March 5, 2013, Clarissa, 3, was drowned by her father Martin McCarthy, 50, at Audley Cove in West Cork. Martin then took his own life.

The night of the tragedy, Saunders, who was 26 at the time, had left the home to seek legal advice on separation and divorce proceedings from McCarthy.

Three days after the deaths, Martin and Clarissa were buried together in the same plot in Co Cork.

Now, however, Saunders admits that burying Clarissa with her father, who she refers to as a "murderer," was a mistake made "in the fog of grief."

She told The Irish Examiner: “Pretty much since the coffin closed, I regretted allowing Clarissa to be buried with Martin. And I would be very, very thankful if I could undo that."

"It’s very, very hard to think that my little girl is in his arms forever," she added.

The GoFundMe page says that Saunders decided to pursue exhumation "with great thought and consideration into the hurdles that may arise."

Saunders felt that bringing Clarissa back to the US might bring about "something akin to closure."

The GoFundMe page notes that any funds not used in the process will be evenly split between Edel House in Co Cork, an emergency residential center for women and children who have become homeless, and Cork University Maternity Hospital Neonatal Unit. Saunders confirmed in June 2021 that initial donations of €5,000 were made to each of those organizations.

COVID live updates: 68 patients in ICU on island of Ireland