The family of Conor Wilmot believes the teenager was goaded into his death by suicide by the warped online game “Blue Whale.” 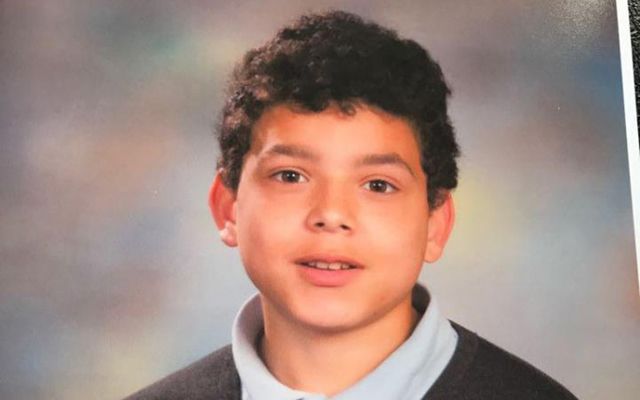 The father of a 13-year-old Co. Clare teenager who died by suicide last week has denied claims that his son was bullied, instead blaming his death on a warped social media game that goads players into killing themselves.

The body of Conor Wilmot was found by his father Greg lying in a field near their family home in Sixmilebridge, Co. Clare, last week. Initial newspaper reports claimed that the high-school student had been the subject of bullying, a claim quickly refuted by his family who believe the young boy’s death to have been accidental and the result of an online suicide challenge named “Blue Whale.”

The “game” is accessed through social media platforms and challenges participants to undertake increasingly disturbing tasks over the course of 50 days. Starting off with challenges such as watching a horror film, the twisted sport quickly spirals into self-harm, before suggesting youngsters take their own life on the final day.

Gardaí in Co. Clare has confirmed that they have found no connection between Conor’s death and bullying and are further investigating the events leading up to his death. The 13-year-old’s phone and computer are currently undergoing a technical examination.

“Conor had everything to live for and he would never have killed himself deliberately,” his father told the Irish Sun.

“We believe his death was due to an unfortunate error in judgment. There was no suicide note or ­anything to indicate he had problems. He definitely had no problems in his comprehensive school.

“We never went to the school to complain about bullying. We definitely never contacted the gardai about bullying because he wasn’t.

“Conor liked school. He hardly ever missed a day of school. He was well liked. He was smart and had many friends.

His older sister Melanie, who just turned 21 years old, also argued that the newspaper reports of bullying were wrong, stressing that no blame should be placed in his school where Conor, a huge rugby fan, enjoyed playing on the school team.

“I have known him my whole life he was the happiest boy with so many friends, yes there was bullying years ago but not recently," she wrote in a Facebook post.

“This story shames his comprehensive school as well when they have been nothing but supportive.

“This is hard enough without this added on to it.”

Conor’s parents had just returned home after his mother Irina collected Greg from the airport when they came across the body.

“It was late, around 10 pm, and I went outside to search for him,” Greg said.

“I rang his phone and it rang out which I felt was good.

“I found him eventually down by the river at the back of the house. I know that the physical circumstances were such that Conor did not kill himself intentionally.

“There was no sign of trauma and his face was very peaceful.

“I remained very calm and I did not panic. I contacted the emergency services. I was able to continue doing CPR until they arrived. But I knew in my heart that Conor was gone as he had no pulse when I first checked him.”

“Blue Whale” has been blamed for the deaths of some 130 young people in Russian while social services in the UK have also begun to warn parents of the sick phenomenon.

“Conor was brought up to be independent and to be aware of what he was doing,” Greg Wilmot told the Irish Sun.

“I never heard about Blue Whaling until it was mentioned when this happened.

“He was like other kids his age, always on his phone.

“I think parents nowadays do not realize how much their children are into the worlds of the internet and virtual reality, where to them everything is a reality.

“They find it hard to discern between that and the real world and even being familiar with computers, I don’t see how we are going to tackle this as a major problem.

“They take everything they see on the internet so seriously, and so any nutcase can post terrible things on YouTube and social media.

“I will be very surprised if the Gardaí do not find that he was on this Blue Whale or similar dangerous websites.”

Conor will lie in repose at the Sixmilebridge funeral home on Monday evening before being brought home to stay overnight with his family.

His funeral Mass will take place in Sixmilebridge Parish Church at 11 am Tuesday.