Christopher Kennedy Lawford, the nephew of JFK and Bobby Kennedy, has penned eight books about his experience with substance abuse. 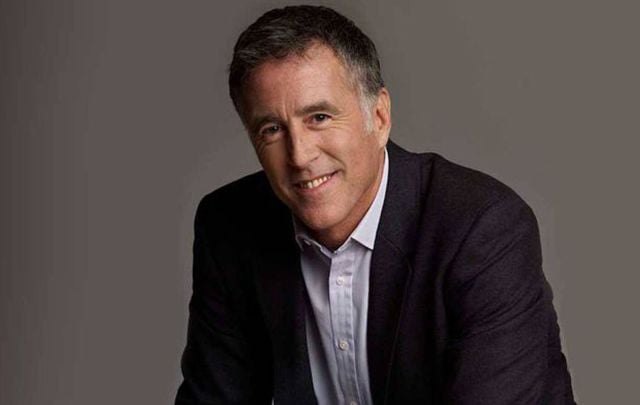 Christopher Kennedy Lawford has criticised the silence that surrounds recovery from addiction in the US, speaking of his own struggles toward sobriety.

The nephew of JFK, RFK, and Senator Ted Kennedy, Christopher Kennedy Lawford has spoken out against the resistance to talking about recovery from addiction that he believes plagues the United States.

Having already published eight books on the subject, including his memoirs “Symptoms of Withdrawal”, Lawford believes that those in recovery from alcoholism and addiction should step forward to show that it is possible to have a life after addiction.

“This is an illness that many people don’t believe you can do anything about. But I am here to tell them that life can change,” Lawford said in an interview last week.

"Addiction is the most media-covered illness in America. Yet the silence of recovery from addiction is deafening.”

Acknowledging that being a member of the Kennedy family, in which public service is encouraged, has helped him in stepping out to tell others his story of recovery, the son of Patricia Kennedy and actor Peter Lawford believes that others need to do the same if the country is going to rid itself of the stigmatism surrounding addiction.

Lawford argues people are not seeking help for addiction because they don’t see others speaking about their own recovery. Image credit: iStock.

The 62-year-old explained that he recently met a woman who worked in a business in which each employee was asked to write down their greatest achievement in the last year and pin it to the wall. This woman felt, however, that she could not mention her ability to get sober and start recovery in the last year as her greatest achievement for fear of losing her job if it was discovered she was once an addict.

Lawford has railed against the anonymity supported by Alcoholics Anonymous, arguing people are not seeking help for addiction because they don’t see others speaking about their own recovery.

“People who could make a difference aren’t doing it because they think they can’t. And they can,” he said.

“The only way addiction will get the attention and money it deserves is if people in recovery get active and get visible.

“This is a brain illness, not just a matter of bad choices and bad behavior.”

Patrick J. Kennedy claimed in a sensational book “A Common Struggle” in 2015 that his father Ted Kennedy was an alcoholic.

Kennedy Lawford is not alone among the Kennedy cousins to have spoken out about the battles with addiction within the family. Former Congressman and son of Senator Edward Kennedy, Patrick J. Kennedy claimed in a sensational book “A Common Struggle” in 2015 that his father was an alcoholic who suffered from post-traumatic stress disorder as a result of the assassination of his two brothers.

A former eight-term Democratic congressman from Rhode Island who retired in 2010, Pat Kennedy writes how he was badly addicted to drugs and drink. One of his worst offenses he recalls was vomiting on Air Force One when on a trip to Ireland with President Clinton after too many rum and cokes.