Chris Matthews admits to sexual-harassment incident on his show

Matthews has spoken about the sexual-harassment allegations that led him to retire for his position as host of MSNBC's Hardball after 20 years. 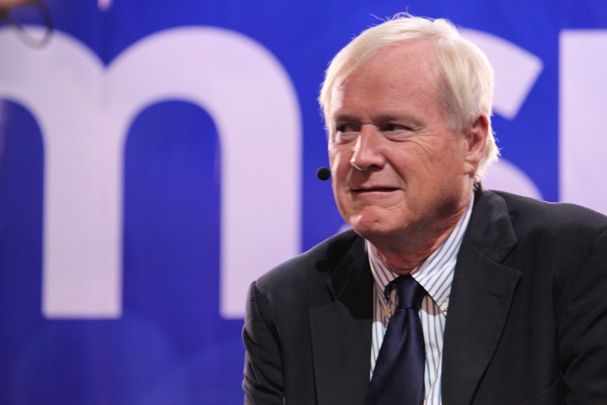 Irish American former anchor Chris Matthews has spoken about the sexual-harassment allegations that led him to retire for his position as host of MSNBC's Hardball after 20 years.

Matthews admitted his actions were "inappropriate" and said he found his accuser, he told Vanity Fair magazine.

“I didn’t argue about it, I didn’t deny it,” Matthews told the magazine.

In February 2016, journalist Laura Bassett wrote about an uncomfortable encounter she had with Matthew. She alleges that she was getting ready to appear on his show and he "looked over at me in the makeup chair next to him and said, ‘Why haven’t I fallen in love with you yet?’ ”

Three days after the allegation came to light Matthews resigned from Hardball.

He told Vanity Fair (Apr 26, 2020) "I accepted the credibility of the complaint in [Bassett’s] article.

“I didn’t want to challenge the person that made the complaint and wrote the article. I thought it was very credible and certainly within the person’s rights to write that article, of course. That was highly justified.

“Basically, as I said, to repeat myself, it’s inappropriate in the workplace to compliment somebody on their appearance, this is in the makeup chair, and I did it.”

At the time, Matthews said, speaking about the #MeToo movement, “A lot of it has to do with how we talk to each other, compliments on a woman’s appearance, that some men, including me, might have once incorrectly thought were OK, were never OK… I’m sorry.”

The well-known, often controversial political commentator told Vanity Fair that he could not resist talking about President Donald Trump's chances in the upcoming US Presidential Election against Joe Biden.

He said, "I’d be more surprised [with] a Trump victory than a Biden victory."

“For a while in the primary, I thought all the people wanted was a designated driver, somebody to get us home safely,” he said.

“Now, I think people want a little better than the designated driver. They want to have someone who can command the helm and make the big decisions in the interest of the country.