The Prince of Wales and Duchess of Cornwall will visit County Cork and Kerry this week becoming the first royals to visit “The Kingdom” since Queen Victoria’s 1861 trip. 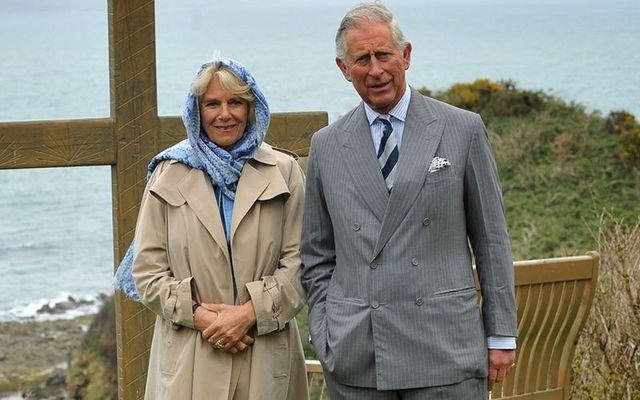 The Prince of Wales and Duchess of Cornwall will visit County Cork and Kerry this week becoming the first royals to visit “The Kingdom” since Queen Victoria’s 1861 trip.

The Prince of Wales and Duchess of Cornwall, Charles and Camilla will visit County Cork and Kerry during their fourth visit to the Republic of Ireland in as many years.

Currently visiting Northern Ireland, Charles and Camilla will travel south for a two-day trip to the Republic of Ireland. The London royal residence Clarence House has confirmed the couple’s itinerary.

Charles and Camila’s planned trip to Kerry will mark the first time a royal has visited “The Kingdom” since Queen Victoria visited in 1861.

The Prince tastes some @abvfest beer and local cheese from @fancycheeseco during the visit to the community centre in Belfast today. #RoyalVisitNI pic.twitter.com/0EdAzkD0Sw

According to Royal Central “the whole visit has sparked a keen interest in Prince Charles to learn more about his past, with him requesting to spend time at many of the sites because of their link to his ancestry.”

On Thursday Charles and Camilla will attend a civic reception in Cork City Hall and visit the English Market, according to Clarence House’s itinerary. Seven years ago, Queen Elizabeth visited the famous Cork city market during her historic visit to Ireland.

The couple will visit University College Cork and the National Maritime Museum, also on Thursday.

Charles and Camilla will plan to board an Irish Naval Service vessel symbolizing “the close maritime links between the two nations and their flourishing strategic defense relationship” according to Clarence House.

Prince Charles, who served in the Royal Navy in the 1970s, will be briefed on the Irish Naval Service’s involvement in Operation Sophia to rescue migrants in the Mediterranean.

It is also reported that Ireland’s Tánaiste (Deputy Leader) Simon Coveney will join the royal couple for dinner on Thursday.

On Friday the couple will be honored in County Kerry with the Order of Innisfallen awarded “in recognition of outstanding contribution to the local economy by people from outside Kerry.” The award will be presented at a garden party at Killarney House.

Also, on Friday Charles and Camilla will visit the ancestral home of Daniel O’Connell, the Liberator, at Derrynane, in County Kerry.

Charles and Camilla’s fourth visit to Ireland in four years began on Tuesday with a trip to Omagh, County Tyrone. According to Clarence House their trip will highlight the essential partnership and friendship between the United Kingdom and the Republic of Ireland.