Italian nun Sister Raffaella Petrini is now the most powerful woman in the Vatican and holds a position similar to a deputy governor of a state or deputy mayor of a city. 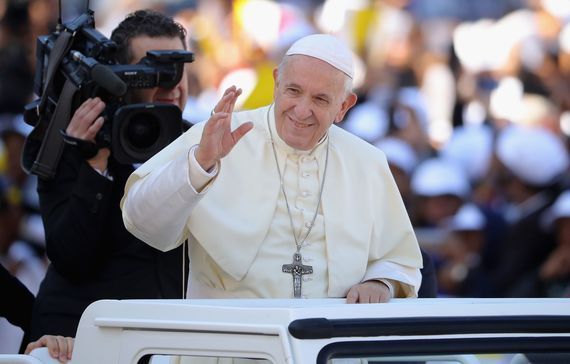 Pope Francis has appointed a woman to the second-most powerful position in the Vatican Government for the first time in the history of the tiny state.

The Pope named 52-year-old Italian nun Sister Raffaella Petrini to the role of Secretary General of the Governorate of the State of Vatican City, according to a report in Reuters.

The 52-year-old is now the most powerful woman in the Vatican and holds a position similar to a deputy governor of a state or deputy mayor of a city.

Sister Petrini will oversee 2,000 Vatican employees and will be responsible for the general workings of the Vatican City, police, firefighters, health services, and museums as part of the role.

Petrini will take over from Spanish Archbishop Fernando Vérgez Alzaga, who previously held the position. Alzaga has been promoted to the top post of President of the State of Vatican City.

Petrini additionally obtained a doctorate from the Pontifical University of St. Thomas Aquinas, where she currently teaches.

She has previously served as the head of the Vatican's legal office, according to Vatican News.

Her appointment to the second-most powerful role in the Vatican Government reflects Pope Francis's promise to improve gender equality within the Vatican.

The Pope appointed Sister Alessandra Smerilli as interim Secretary of the Vatican's development office in August, while he also named Italian magistrate Catia Summaria as the first woman Promoter of Justice in the Vatican Court of Appeals in February.