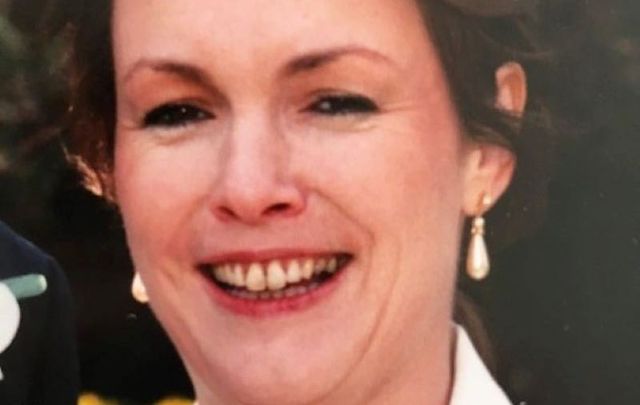 Catherine Burke, 55, was found dead in her London apartment in 2017

British man Kasim Lewis has admitted to the murder of Co Galway native Catherine Burke in her London home in 2017.

Lewis, who has a number of convictions for sexual offenses and is on a sex offender registry for life, is already serving a life imprisonment sentence with a minimum of 29 years for the murder of 22-year-old barmaid Iuliana Tudos in 2017.

On Christmas Eve 2017, Lewis attacked Tudos as she walked through a park at night after finishing her bar shift.  Friends raised the alarm when Tudos didn't turn up for Christmas festivities the next day. Her naked body was discovered three days later in a burnt-out building.

During Lewis's sentencing in May 2018, the presiding Judge Marks condemned the killer's  actions as “barbaric” and “wicked beyond belief.” He added: "This was a killing that involved the most appalling brutality."

The murder of Catherine Burke

On July 16, Lewis admitted in court that he also killed 55-year-old Irish woman Catherine Burke in her London home about a month before killing Tudos. He had initially denied the accusation in April of this year. Lewis is expected to be sentenced on July 18.

Catherine 'Cathy' Burke is understood to have emigrated from Galway to London when she was a teenager. The retired council worker has one son who was studying in college at the time of her murder.

In the wake of Burke's death in 2017, Lesley Gregory, a friend of Burke, told The Irish Mirror: "Her son rang me last night and said, 'please help the police with all their inquiries, it's my mum'."

"She would do anything for anyone, she would help out at my shop whenever I needed her. She would babysit and give her last pound to help people."

"Cathy was a big party girl, everyone loved her. She had a terrific sense of humor, she was really funny, and really stubborn too."

"What kind of people do that? The more I find out the worse it gets."

At an earlier hearing, prosecutor Paul Jarvis said: “The victim in this case is Catherine Burke and she was found stabbed to death at her home address on Thursday, November 16, 2017.

“The evidence that links the defendant to her murder is DNA found at the scene and there is mobile telephone evidence from her showing her devices moving as it were in the direction to where the defendant was living.

“Very shortly after when we predict the killing took place — because she wasn’t discovered for a number of days between the last contact anybody had with her and when the police were able to gain access to her flat — the phones were taken by him.

“He, when arrested, had on his mobile telephone pornographic material showing, we would say, that he has a sexual interest in the sorts of things which he may well have done to Ms. Burke prior to killing her.

"I do not really want to go into the graphic detail of it, but [Judge Marks] is obviously aware of the conviction for murder he has for an offense committed a matter of weeks after he is said to have murdered Catherine Burke, which the [prosecution] says is capable of showing that he is somebody who has a tendency to use murderous violence towards lone women."