Father Joseph Maskell is suspected of murdering Sister Catherine Ann Cesnik in 1970 after she threatened to expose him as a child abuser. 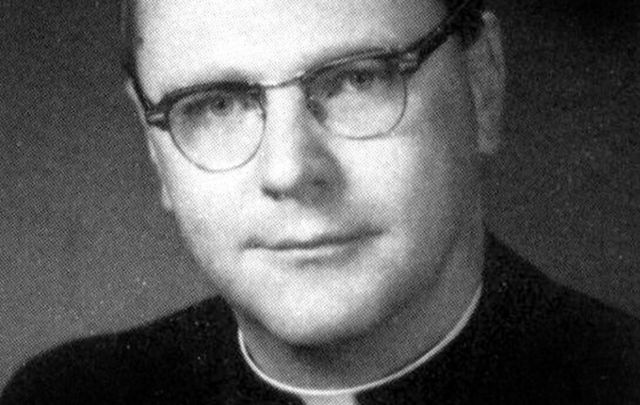 The body of a priest implicated in the murder of a Baltimore nun is being exhumed by local police for DNA testing.

Father Joseph Maskell is suspected of murdering Sister Catherine Ann Cesnik in 1970 after she threatened to expose him as a child abuser.

Joseph Maskell fled to Ireland in 1995, after he was defrocked by Church authorities following the revelation that he had abused a number of girls whilst working as a school counselor.

He moved to Wexford where he worked briefly as a psychologist with the local health board before moving to private practice. He is suspected of abusing children in Ireland also.

Occasionally, he offered his services as a local priest and it was then that the local community asked for proof of his status as a priest and learned of his crimes in America.

In 1996, the Ferns Diocese wrote to the Health Service Executive and “aired its anxieties about the appropriateness of both his work as a psychologist, now in private practice, and his unsupervised status,” the local priest, Fr Carroll, recalled.

Maskell returned to the United States in 1998 and died in 2001 – taking his secrets to the grave with him.

Now Netflix has made a documentary about the death of the nun he’s linked to.

Sister Catherine was murdered in 1970 and her death casts a long, dark shadow over some of the women she taught at the local high school.

“Sr Cathy exemplified this [Catholic] spirit of compassion and kindness,” one past pupil told Netflix for a documentary called “The Keepers” due to be released this month.

“She was murdered our senior year,” another recalled. “And it’s always haunted many people in the community.”

One said she believed the nun was killed because “she was going to talk about what went on at Keough [High School]” where Maskell abused his victims.

“She confronted him and lost [her] life for it,” one victim told the local news station.

Sr Catherine went to cash her $225 paycheck one November day in 1969 and never seen alive again.

Her body was found a few months later in a field and a post mortem revealed she had died after sustaining traumatic blows to her head.

A spokesperson for the local police department said the exhumation had nothing to do with the release of the documentary later this week.

“[Detectives felt] we could not solve this case without knowing whether Maskell's DNA matched that evidence. It may not. The results may come back and show that it may not but we felt we needed to test it. We have been hoping to solve this case for some time and we believe we still can.”

The seven-part series is due to be released on Netflix on May 19.