Cara Loughran, a 14-year-old member of the Drake School of Irish Dance's community in South Florida, has been named as one of the victims in yesterday's horrific shooting rampage at Marjory Stoneman Douglas High School in Parkland, Florida. 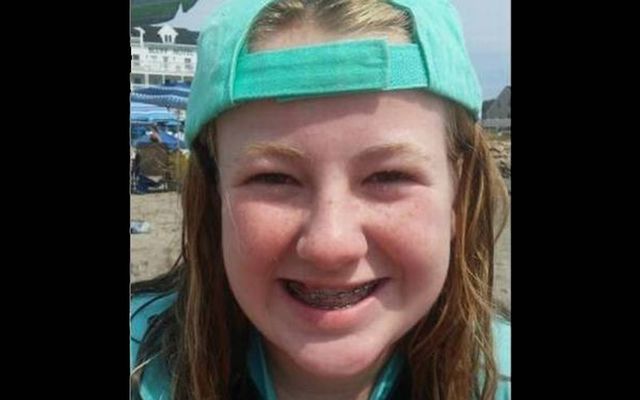 The Loughran family of Coral Springs, Florida are grieving the senseless loss of their 14-year-old daughter Cara in the Parkland high school shooting.

Cara, a member of the Drake School of Irish Dance's community in South Florida, has been named as one of the victims in yesterday's horrific shooting rampage at Marjory Stoneman Douglas High School in Parkland, Florida.

Their mother, Denise Loughran, was reuinted with Liam, 17, a few hours after the shooting.

‘‘Her phone must be in her backpack, and they made them drop their backpacks when they ran out,’’ Loughran said. ‘‘This has just been chaos. I couldn’t get near the school. My husband took a bike to try to get there, and they ended up sending him to the hotel, where they said they were taking the kids.

When Cara's family could not get in touch with her, a family friend posted Cara's photo on Facebook with a plea for help in finding her:

"Friends and family this is a dear family friend, Cara Loughran, who is a student at Stoneman Douglas and is still missing (as of 9pm on 2/14/18). PLEASE share and help us find her!" she wrote.

She later updated the post with the heartbreaking news that Cara was one of the victims.

"Update from my Aunt: (2/15/17 at 9am): Cara’s parents were given the news no parent ever wants to hear at 2am. Please keep her family in your prayers. This is to horrible to even begin to process."

Cara's aunt, Lindsay Fontana, also shared a message on Facebook grieving for her niece and asking for not just thoughts and prayers, but action:

"This morning, I had to tell my 8-year-old daughters that their sweet cousin Cara was killed in the shooting at Stoneman Douglas High School yesterday. We are absolutely gutted. Cara was 14 years old. She was an excellent student, she loved the beach and she loved our girls.

"While your thoughts are appreciated, I beg you to DO SOMETHING. This should not have happened to our niece Cara and it can not happen to other people’s families.

Baltimore Ravens running back Alex Collins, who has long been a student of the Drake School of Irish Dance in South Florida, shared the news via Twitter that the Drake community was mourning the loss of one of their own. Two other Drake students who attend Douglas High School also witnessed the attack:

"The school shooting yesterday hit home. The Drake School of Irish Dance is located near Douglas HS. We had three Irish dancers that attended Douglas. We received confirmation a few hours ago we lost one of the girls, Cara Loughran. Two other girls saw and experienced unspeakable tragedy. My heart goes out to these girls, all their families, and their teacher Chrissy. Please pray for their families and the families affected by this tragedy. #DouglasHS #DrakeStrong" he wrote.

"Cara was a beautiful soul and always had a smile on her face," the school said in a statement. "We are heartbroken as we send our love and support to her family during this horrible time."

Seventeen victims have been confirmed dead as of today. The suspect, a 19-year-old former student of Douglas named Nikolas Cruz, is in police custody.

*This post has been updated at 8am, February 16 with additional information