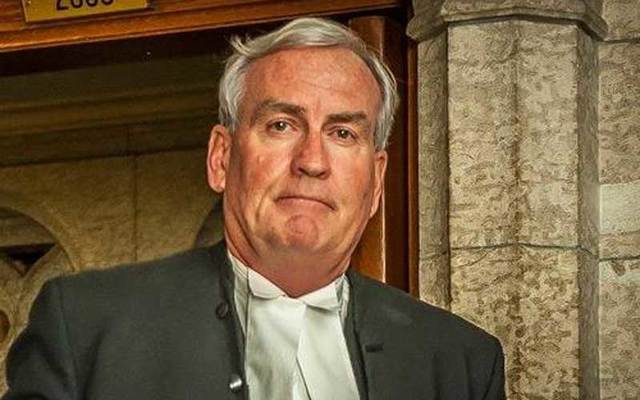 Vickers recently posted on Facebook that he has heard unusual noises, such as bangs, labored breathing and heavy footsteps, in the halls, the BBC reports.

Vickers, who is a history buff, suggested that the spirit of one of the leaders of Ireland’s 1916 rebellion could be haunting the residence. The ambassador, who was appointed to Ireland in January 2015, said he heard rumors that Irish nationalist Patrick Pearse had once lived at the home in Dublin’s Ranelagh district. Pearse, one of the leaders of the 1916 Easter Rising, was court-martialed and executed for his role in the rebellion.

In a 2016 interview with Maclean's magazine, Vickers described how rumors that Pearse had lived in the home inspired him to dig up documents signed by the Irish nationalist leader to lease the residence's grounds between 1908 and 1912.

"So I wonder if it is he who walks the hallways of this residence," the ambassador wrote in the 16 August Facebook post.

Vickers said he did not believe in ghosts until moving into Glanmire House.

"Some evenings he or she seems agitated. Then days go by and all is quiet," he said.

The night before writing the post, Vicars claims he was watching television "when all of sudden I heard a heavy chain fall on the floor in the dining room. I immediately went there and there was nothing on the floor.”

"If anyone doubts the validity of this story, you are welcome to come and stay a night or two here," he said.
"Just now I heard an unusual bang downstairs."

Vickers, 61, is a proud Irish Canadian and comes from a big Irish Catholic family in Miramichi, the New Brunswick town that calls itself “Canada’s Irish Capital” and hosts the country’s largest Irish festival each year.

He is a Canadian national hero who brought the October 22, 2014 attack on Canada’s House of Commons to an end, was afterwards named the new Canadian Ambassador to Ireland.

Vickers had held the position of Sergeant at Arms of the Canadian House of Commons for nine years, overseeing the security of the parliament and the safety of those who work there. When the lone gunman Michael Zehaf-Bibeau forced his way in to the House of Commons, killing one reservist and injuring another, Vickers exchanged fatal fire with him.