Bruna Fonseca, a native of Brazil who had been living in Cork for less than a year, was found dead on New Year's Day. 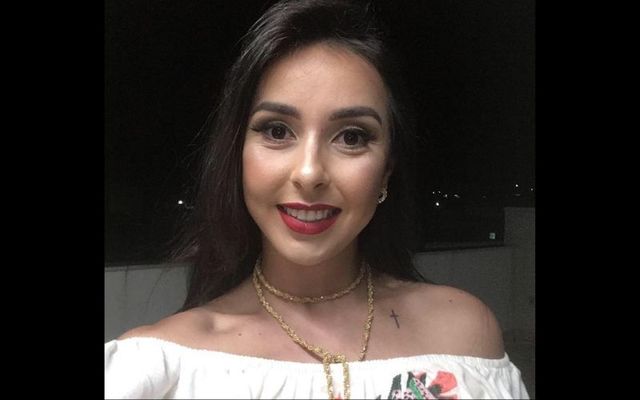 Miller Pacheco, 29, has been charged with the murder of Bruna Fonseca, 28, whose body was found in a residential property on Liberty Street in Cork City on January 1.

Pacheco, who has an address on Liberty Street in Cork, was arrested and appeared before a special sitting District Court in Cork on Monday, January 2. He will appear in court again within the week, RTE reports.

Pachecho was known to Fonseca. In August, Fonseca posted on social media that she and Pachecho, who she referred to her as her boyfriend, were looking for an apartment in Cork as they were moving to Ireland from Brazil in September to work and study English.

Gardaí said on Sunday, January 1 that they were investigating all the circumstances of the death of a woman, later confirmed as Fonseca, whose body was discovered in a residential property on Liberty Street, Cork City earlier that day.

Gardaí and Emergency Services were alerted to the incident at approximately 6:30 am on Sunday. Fonseca was found unresponsive in an apartment, Gardaí said, and she was pronounced dead a short time later.

A man in his 20s was arrested on Sunday morning and detained under Section 4 of the Criminal Justice Act, 1984 in Bridewell Garda Station, Cork.

Later on Sunday, Gardaí in Cork said they were continuing to investigate the death of Fonseca.

A post-mortem examination was completed by Dr. Margot Bolster, Office of the State Pathologist - the results are not being released for operational reasons.

The investigation is being led by a Senior Investigating Officer (SIO) and a Garda Family Liaison Officer (FLO) has been appointed to liaise with the family of the deceased. Divisional Scenes of Crime officers were continuing to examine the crime scene on Sunday.

On Monday, Gardaí confirmed that the man in his 20s was arrested and charged.

Fonseca, a native of Formiga in Brazil and a qualified librarian, had been living in Cork for less than a year and was working as a contract cleaner at Mercy University Hospital in Cork.

The hospital said in a statement: "On behalf of management and staff at Mercy University Hospital Cork and Bidvest Noonan’s Contract Cleaners we are saddened and shocked at the tragic and unexpected death of Bruna Fonseca.

"Even though she was only working for a short time for the company at the hospital, she was considered a hard and diligent worker and an esteemed colleague.

“We extend our deepest condolences to her friends in Cork, and her family and friends in Brazil. May she rest in peace.”

Denis Palhares, Fonseca's cousin, said he and his family are distraught and that his cousin had always dreamed of living in another country.

“She was the favourite cousin of all cousins,” Palhares, speaking from Formiga in Brazil, told the Irish Examiner.

“She was also the niece most loved by uncles and aunts and she was the daughter who was her mother's best friend.

“Bruna had a way about her and she was adored for it.

“She was always very helpful to others and she has always been admired for her humility and her sweet way of being.”