The body of a British soldier who was executed by the IRA and secretly buried nearly 100 years ago was exhumed and reburied in Dublin. 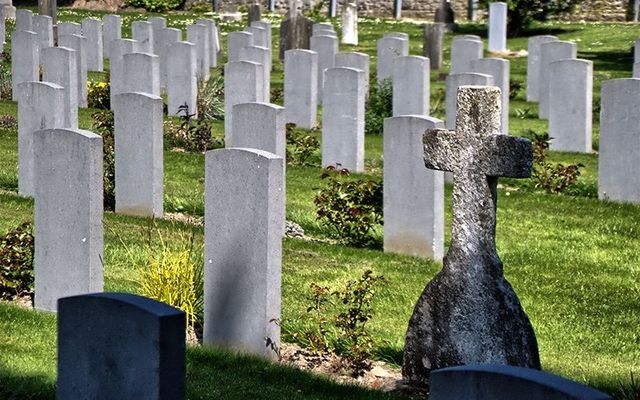 The body of a British soldier who was executed by the IRA and secretly buried nearly 100 years ago was exhumed earlier this month and reburied in Dublin.

Private George Duff Chalmers, who was 18 when he died, was a member of the 2nd Battalion of the British Army’s Royal Scots based in Clare during the War of Independence, the Irish Examiner reports.

Pvt Chalmers was wearing his British Army uniform as he set off alone down a Co Clare county road to visit his Irish girlfriend, a local girl named Louisa, according to the Irish Independent. It is believed he was captured and killed by members of the Irish Republican Army, who accused him of being a spy.

A spokeswoman for the Commonwealth War Graves Commission (CWGC) said: “In 2017 the CWGC was contacted by the family of Private Chalmers who enquired about the possible relocation of his remains to an alternative location. CWGC identified that as the current location was difficult to access and maintain, relocation of the remains would be possible.”

On May 14, representatives of the Commonwealth War Graves Commission (CWGC), the Office of Public Works (OPW), and the Clare County Council, exhumed Pvt Chalmers remains from a site near Miltown Malbay.

His remains were placed in a wooden coffin and taken to Ennistymon, and a short prayer service was held outside the Church of Our Lady and Saint Michael.

Pvt Chalmers’s remains were then taken to Grangegorman Military Cemetery in Dublin, where he was re-interred near the graves of other British soldiers killed during the War of Independence.

A rededication ceremony will take place later this year.