Cork native Brian O'Donovan, the longtime host of "A Celtic Sojourn," was recently diagnosed with glioblastoma, one of the most aggressive forms of brain cancer. 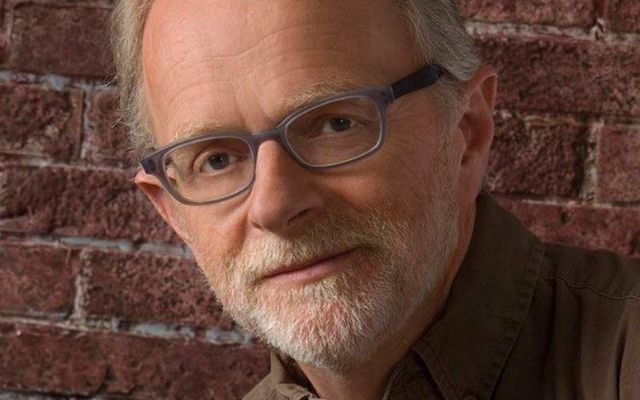 Brian O'Donovan, the long-time host of WGBH's traditional music program "A Celtic Sojourn," has announced that he has been diagnosed with terminal brain cancer.

O'Donovan, 65, revealed his diagnosis to his social media followers on September 23, directing them to a recent interview he did with GBH.

"Well, it's a diagnosis that nobody wants to get, this always happens to other people, as we know, until it happens to you," O'Donovan said on the program.

"And here we are. It's a diagnosis of a brain cancer, glioblastoma - the very name of it, how did they come up with glioblastoma? It's like it comes after murder hornets or monkeypox," he said with a chuckle.

He later added: "The only thing that rhymes with tumor is humor."

To deliver challenging news on social media is in itself a challenge....

Speaking with The Boston Globe, the Clonakilty, West Cork-born radio host said that he is "kind of ok with" his diagnosis, adding that he is determined to make the most of the time he has left.

From @GlobeCullen: Brian O’Donovan is walking on air against his better judgment https://t.co/k4CkWeWmfT

O'Donovan said he wants family and friends to be ok with his diagnosis, stating that close friends often find it difficult to pick up the phone when someone has been diagnosed with cancer.

He told the Boston Globe that he has been reading a lot of poetry since his diagnosis, including the works of Irish poet Seamus Heaney.

He revealed that a line from Heaney's poem "The Gravel Walks" has resonated with him like never before since his diagnosis - "Walk on air against your better judgment."

The line, which is inscribed on Heaney's gravestone, was the poet's way of encouraging people to leave their inhibitions behind them and seize the moment.

O'Donovan has lived by those words since his diagnosis, appearing on WGBH's midday program Boston Public Radio with hosts Jim Braude and Margery Eagan to announce that he had terminal brain cancer.

Speaking openly about the fact that he was going to die, O'Donovan stressed the importance of living life to the fullest.

He told the Boston Globe that he was blown away by the reaction to the interview.

"I was quite reluctant to do that interview. I was fearful that it might come off as self-serving. But I was amazed by the reaction," he said.

He said he received a flood of phone calls, emails, and cards from people offering their help following the interview.

He added that the kindness of others has "lifted" him during his chemotherapy, adding that he was "lucky" to have people that supported him.

"I’m so lucky. It pains me to know that some people are going through these treatments by themselves. The willingness of people to sit with me, to bring me home, to get me a cup of tea. That kind of kindness has lifted me."

O'Donovan's program "A Celtic Sojourn", which has been running for 20 years, explores "traditional and contemporary music from around the Celtic world, connecting emerging artists to their deep musical roots".

The radio host told the Irish Times in 2018 that he "always had a passion for traditional Irish music".