It has emerged that John Cunningham allegedly had a warrant out for his arrest prior to being detained by immigration officials. 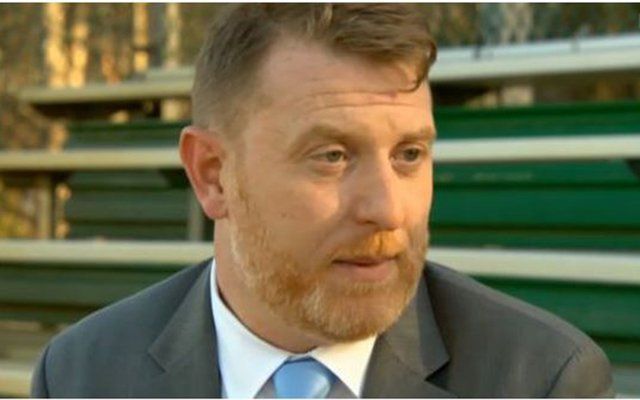 Yesterday the news broke that a respected Irish community leader in Boston is to be deported by Immigration and Customs Enforcement (ICE), sparking a wave of fear amongst undocumented Irish people.

However, it has now been reported that, prior to the deportation arrest, a warrant had been issued for the arrest of Donegal native John Cunningham in 2014 after he was accused of not carrying out electrical repairs to a man’s home and banking the $1,300 check he’d been given beforehand.

Homeowner Christopher Waltham said he never heard from Cunningham, a former president of the Boston GAA, after giving him the check.

A spokesperson for West Roxbury District Court confirmed to the Irish Independent that Cunningham was ordered to appear in court on October 16, 2014, but he failed to show.

The spokesperson confirmed to the paper that a warrant was issued for his arrest at that time and this remains outstanding.

ICE has confirmed that the 38-year-old was detained for also overstaying his tourist visa. ICE is committed to cracking down on those with offenses of a criminal nature no matter how small.

“Cunningham entered the country lawfully under the Visa Waiver Program, but failed to depart in compliance with the terms of his visit,” a spokesman said.

Shawn Neudauer, another ICE employee, added, “Cunningham is currently in ICE custody pending removal from the United States. Visa Waiver Program participants waive their rights to a hearing before an immigration judge and are subject to mandatory detention.

"There is no hearing before an immigration court, there's no judicial involvement whatsoever. If I was to come to Ireland and stay 100 days Irish authorities can arrest me and keep me in jail before I get sent back.

"John will be held in custody until he will be sent back to Ireland. This will be relatively quick. He won't be kept in jail for very long and has no right to appeal."

The number of immigration arrests has spiked by 37% this year and in Boston the figures have doubled.

Cunningham first arrived in America in 1991 and has not been back to Ireland in 16 years.

He is well regarded within the local Irish community and was chairman of Boston Northeast GAA.

Now he is being held in the Suffolk County House of Corrections before a plane will take him back to Ireland.

Cunningham was interviewed by RTE, Ireland's national broadcaster, earlier this year in a documentary about the undocumented Irish in the US.