The quarterback and his teammates helped to raise $86,000 for police officer killed in the line of duty last May. 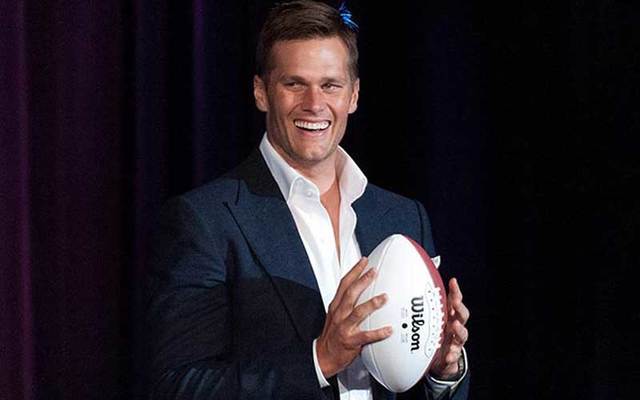 The family of a slain Massachusetts police officer has praised quarterback Tom Brady and his Patriots teammates for their kindness after the cop’s tragic death.

On May 22, 2016, Ronald Tarentino Jr. was shot and killed in the line of duty while on patrol in Auburn, leaving his wife Tricia to raise their three sons.

The Boston Herald reports that Brady and his Patriots teammates rallied to raise $86,000 for the fallen officer’s family. Brady donated a signed home game jersey that sold for $6,000 at a fundraiser, while Julian Edelman and Rob Gronkowski also pitched in gear.

Tricia said of Brady, who started the campaign: “That immediate response shows where his heart is at, and that Ron’s death has made an impact on him as well,” Tricia Tarentino told the Herald yesterday. “Ron was just that kind of person. He had an amazing personality and wanted to reach out to help others. I think that’s why so many people have responded to this tragedy. It’s just a great loss.”

She said his generosity also helped to lift her boys’ spirits.

“They’ve grown up watching Tom Brady and looking up to him,” Tricia Tarentino said of her sons, Ronald III, 21; Spenser, 18; and Kyle, 15.

“I can’t even tell you how great their response was. They were blown away. They were so excited. He is a role model that my boys will now, because they have that personal connection, will always look up to more than they already did.”

She added: “We have the deepest gratitude for his kindness and generosity. Just reaching out to our family in our time of need is unbelievable,” she said. “We’re so fortunate that he is part of the greater New England family and was kind enough to donate his time to do this. To be there for us, it means a lot to us.”

The wife of Ronald Tarentino’s friend Rob Bjorkgren, also a police officer, was the one to approach Brady at his annual Best Buddies bike ride a few days after Tarentino was killed during a routine traffic stop.

Bjorkgren’s wife Nicole asked Brady for 10 seconds of his time while she explained the tragedy.

“I couldn’t even believe it was coming out of my mouth,” she recalled. “I can’t say enough about him as an individual.”

Marc Ginsburg, a mutual friend, and owner of the Tewksbury Country Club, then helped out and Brady’s jersey was soon on the way.

“Nicole is such an amazing woman,” Tricia Tarentino said. “She’s got the biggest heart, and she was just trying to help us in any way that she could.”

Brady emailed them an autographed home-game Patriots jersey three weeks later, to use for the auction. Edelman then found out and shipped over a signed football. Gronkowski also joined in with his own signed jersey.

Brady’s jersey was the most coveted item of the Aug. 11 auction.

The Boston Herald reports that due to the overwhelming support the family received, Tricia Tarentino has since reached out to the families of fallen first responders to assist.