Remains of Captain Mark Duffy discovered in wreckage of Rescue 116 off the coast of Mayo. 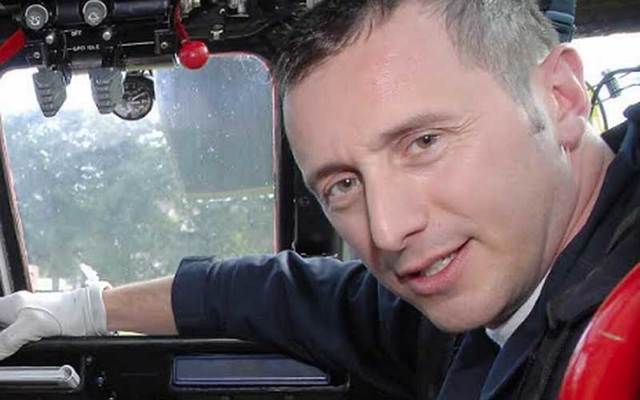 The body of Rescue 116's Captain Mark Duffy has been found.

The body of Irish coast guard pilot Captain Mark Duffy has been found in the wreckage of helicopter Rescue 116, off the coast of Mayo.

His body was discovered in the cockpit of the helicopter, and efforts are being made to retrieve his remains using a Remotely Operated Vehicle (ROV).

A Naval Service diving team accessed the fuselage of the aircraft for the first time Friday morning and continued their search-and-recovery operations throughout the day, TheJournal.ie reports.

Duffy, along with crew members Ciaran Smith, Paul Ormsby, and Captain Dara Fitzpatrick, were on board the Sikorsky S92 helicopter when it disappeared on its way to refuel at Blacksod lighthouse in preparation for a medical evaluation mission.

It is believed the tail section of the helicopter collided with the western slopes of Blackrock before crashing into the sea on the early morning of March 14, the Irish Mirror reports.

Captain Dara Fitzpatrick, who was recovered from the sea following the incident but later pronounced dead at the hospital, was buried last Saturday.

The bodies of the other two crew members, Paul Ormsby and Ciarán Smith, have not yet been located. It is hoped they are contained elsewhere in the wreckage, but this could not be ascertained on Friday as access was limited to certain parts of the aircraft.

The helicopter’s black box flight recorder, which may contain important information about the aircraft’s last moments, has also been found and will be sent to the UK to have its contents analyzed.

A statement from the Air Accident Investigation Unit (AAIU) in consultation with An Garda Síochána, the Naval Service, the Coast Guard, the GSI, the Commissioner for Irish Lights (CIL) and the Marine Institute said:

“The flight recorder (black box) of R116 has been successfully recovered from the sea bed on the Eastern side of Black Rock, at a depth of approximately 40 metres. The flight recorder is now in the custody of the AAIU and will be taken under escort to Baldonnel Aerodrome where it will be onward transported to the Air Accidents Investigation Branch (AAIB) in the UK tomorrow for download.”

The search continues for the bodies of Paul Ormsby and Ciarán Smith.