“Better to be atheist than hypocritical Catholic” hints Pope Francis

Is it more important to be devout or do good things in life? 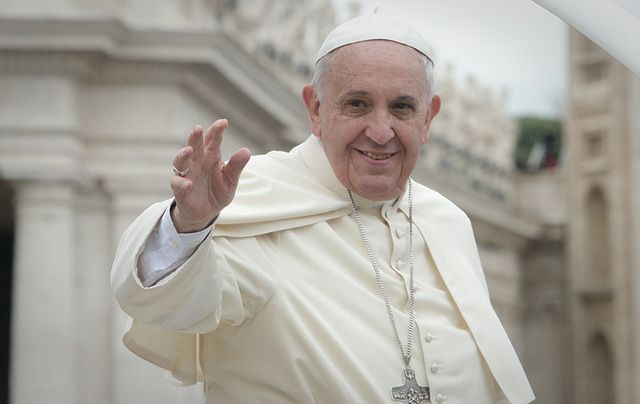 Do you agree with Pope Frances' views on hypocritical Catholics? Flickr.

Pope Francis has launched a scathing attack what he called the “many” hypocritical members of his flock.

"It is a scandal to say one thing and do another. That is a double life," the 80-year-old pontiff told worshipers at Mass in his private residence.

"There are those who say 'I am very Catholic, I always go to Mass, I belong to this and that association.'

“‘My life is not Christian. I don't pay my employees proper salaries. I exploit people. I do dirty business. I launder money. [I lead] a double life.'

"There are many Catholics who are like this and they cause scandal," he continued. "How many times have we all heard people say 'if that person is a Catholic, it is better to be an atheist.'"

This isn’t the first time of Holy Father has praised atheists, raising eyebrows just two months after his election when he said Catholics should view atheists as good people if they did good work.

Read more: Will young Dubliners come out to see Pope Francis in 2018?

And his impromptu sermons have hit the headlines before as well. He previously said that Catholics who join the Italian mafia excommunicate themselves and that child abuse by members of the clergy amounted to little better than a “Satanic Mass.”

However, his remarks drew mostly scorn on social media with a number of Catholics tweeting that the Pope’s remarks were ill considered.

Atheists good? Yet nothing from Pope but disdain, contempt, derision and scorn for Catholics. I don't understand. Strange for a Pope

@nytimesworld The pope is selling out catholics to atheists for no reason. It's not like they'll join the church & give tithes.

@nytimesworld The pope is selling out catholics to atheists for no reason. It's not like they'll join the church & give tithes.

The biggest shift in Church doctrine towards atheists came when Francis said that it was no longer necessary to believe in Christ to go to Heaven.

"The Lord has redeemed all of us, all of us, with the Blood of Christ, all of us, not just Catholics. Everyone!”, he said in 2013.