Irish man Bernard Phelan has been in prison in Iran since October as his family continues to urge Irish politicians to "escalate" his situation. 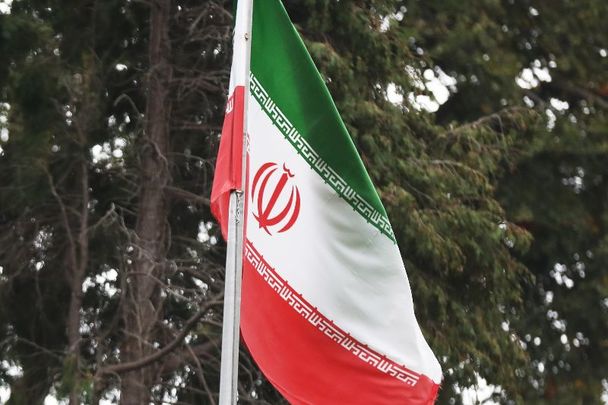 October 12, 2022: The flag of Iran flying over the entrance to the Embassy of the Islamic Republic of Iran in Dublin. RollingNews.ie

Bernard Phelan, a dual Irish-French citizen, should be released from Iranian prison "on humanitarian grounds," Micheál Martin urged on Sunday.

“We’ve made it very, very clear to the Iranian authorities that Bernard Phelan should be released," Ireland's Tanaiste and Minister for Foreign Affairs Micheál Martin told RTÉ Radio on January 22.

"We stressed on humanitarian grounds, we want him released.

“We’re very concerned, we share the concerns of his family.

“We’ve made very strong representations to the Iranian authorities for his early release on humanitarian grounds.”

Martin acknowledged that it is “very challenging” in terms of the relationship between Iran and the European Union, but that “diplomatic channels have always been maintained” and that “engagement continues.”

“We want to work now in our case to get Bernard released as quickly as we can," Martin said.

Martin said on Sunday he's hopeful of engagement with Abdollahian "early this week."

Phelan, a tourist consultant who is a native of Clonmel in Co Tipperary and based in Paris, France, has been in an Iranian prison since he was arrested in the city of Mashhad in Iran in October.

Phelan, one of seven French nationals being held by Iran, denies all the charges against him which include disseminating propaganda critical of Iran's clerical leadership, AFP reports.

The Iranian Embassy said earlier in January that Phelan “is treated fairly well in a prison with standard conditions and medical services" and that authorities in Iran “are making every possible effort to expedite the processes in Mr. Phelan’s case in light of his underlying health conditions, and facilitate his release on humanitarian and consular grounds."

However, the Irish man, who last week suspended a hunger strike he had mounted on New Year's Day, still remains at Vakilabad Prison.

Caroline Massé-Phelan told RTÉ Radio on January 19 that her brother's health is "extremely at risk and we still do fear for his life."

She and Bernard's father were able to get a message through to him on January 18 via the French and Irish consulate urging him to stop his hunger strike.

"It wasn't worth losing his life in this situation," Massé-Phelan said she told her brother. She also says she told him that "everybody is rooting for him."

Massé-Phelan said the Irish and French teams "have been fighting for him, but they just need to fight more."

Phelan "hasn't been judged," Massé-Phelan said. "It hasn't advanced. It's too dangerous to wait any longer.

"Bernard is 64, an Irish citizen. He has no beef with the Iranians. He's worked in tourism for all his life and was promoting Iran as a destination for tourism.

"He shouldn't be there, and just let him go because he's absolutely an innocent pawn in a bigger political game."

Massé-Phelan said she has "total faith" in the Irish and French teams that they can negotiate her brother's release with the Iranians.

"It's a humanitarian question," she said, "he should be absolutely released."

On January 23, the European Union, as well as the US and the UK, imposed new sanctions on Iran.