All competitive sport is also expected to resume in Ireland from June 29, although the number of spectators will still be extremely limited. 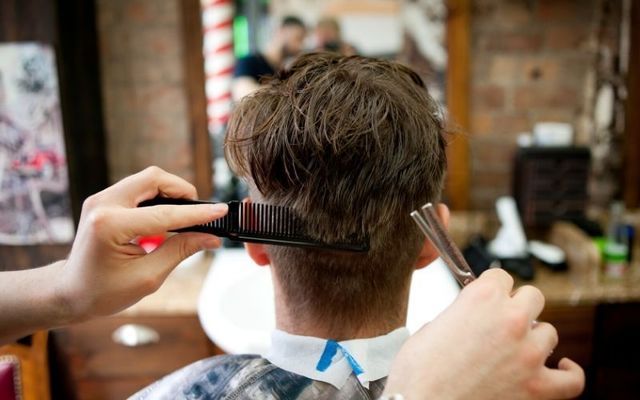 Barbers will open three weeks earlier than planned, much to the delight of most Irish men. Getty

Taoiseach Leo Varadkar has announced that hairdressers, barbers, gyms, and cinemas will reopen on June 29, three weeks earlier than planned, as part of an acceleration of Ireland's Roadmap to COVID-19 recovery.

Varadkar made the announcement on Friday after the cabinet met to discuss the National Public Health Emergency Team's advice on easing lockdown restrictions, which included reopening barbers and hairdressers in Phase 3 of the roadmap.

Cinemas, gyms, leisure centers, and public swimming pools will all now open during Phase 3 on June 29, at least three weeks earlier than planned.

All competitive sport will also resume in Ireland from June 29, although the number of spectators will still be extremely limited.

Phase 3 initially allowed attendance of up to 200 spectators at outdoor sporting events on June 29 with that number rising to 500 by July 20 with the introduction of Phase 4.

Indoor gatherings of 50 people will be permitted from June 29, rising to 100 on July 20 for the final phase.

Varadkar earlier said that outdoor gatherings of no more than 5,000 may be possible from September if Ireland continues its positive COVID-19 recovery.

Restaurants, cafes, bars that serve food, and churches, are all slated to open from June 29 as part of the original Phase 3 plans.

Hotels, holiday parks, and B&Bs will also reopen on June 29 as part of the third stage of Ireland's Roadmap to exiting COVID-19 lockdown. Irish people will additionally be able to travel anywhere in the country for the first time since March as part of Phase 3.

Those measures were initially slated for July 20, but the Irish Government confirmed that it would be bringing them forward when it announced the acceleration of its Roadmap to COVID-19 recovery earlier in June.

It now appears that the roadmap will again be accelerated as Ireland continues to boast positive figures during its COVID-19 recovery.

The Department of Health has reported less than 20 new daily cases of the virus on 11 of the last 12 days while the number of hospitalizations also continues to fall.

At present, there are 44 confirmed COVID-19 patients in Irish hospitals, compared to over 1,000 patients at the end of April.

Read more: Ireland's reopening has been accelerated - here's what comes into effect on Monday