“My entire plan for the next few years has just exploded in flames,” one young Irishman wrote on Facebook. 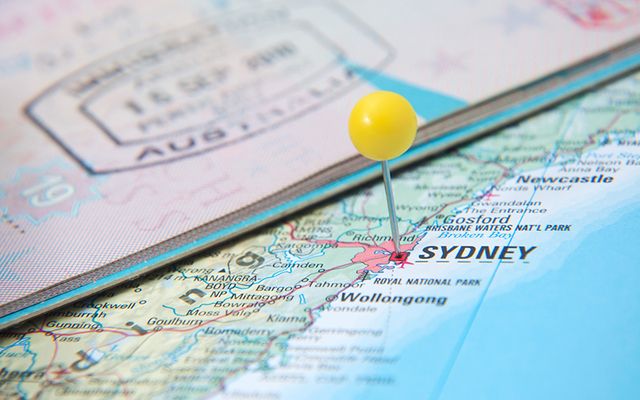 Immigrating to Australia is about to get more difficult. iStockphoto

Australia’s Prime Minister just made it much more difficult for Irish people to work and stay in the country.

Malcolm Turnbull of the right-wing Liberal Party announced his Government would abolish the 457 visa, which allows companies to sponsor skilled foreign workers with a list of skills needed in the Australian economy.

At a press conference on Tuesday Turnbull announced the Government was “putting Australians first” and that the visa has lost all “credibility.”

“We’ll no longer let 457 visas be passports to jobs that could and should go to Australians,” he added.

As of the end of last year there were 6,139 Irish citizens on 457 visas in Australia and the stricter conditions for the 457’s replacement mean younger Irish people will find it harder to stay on in the country.

As the Irish economy has improved, the number of Irish citizens applying for the visas has gradually dropped; between January and June of last year 3,030 applied, down from 4,119 the year before and 10,291 at the height of the recession in 2013.

Read More: "No Irish Need Apply" once again as truth of life for Irish down under revealed

Speaking to the Irish Times, Brisbane attorney and president of his local Irish Australian Chamber of Commerce David Greene said, “The people who will be affected are those who have just graduated from university and don’t have the required work experience, or others from a trades background who might have years of experience but no formal qualifications. These people would have relied on employer nominations in the past, and won’t be eligible for the new temporary visas. They will struggle now.

“If Ireland is unfortunate enough to have another economic collapse, and another generation of Irish people are trying to find a home in Australia, then [that] is when we will see the real impact of these changes.”

Replacing the 457 will be two new visas – one for two years and the the other for four; fewer occupations will be eligible, stricter English language tests will be introduced and a criminal background check too.

The changes come at a time when the economy has slowed in the formerly booming mining state of Western Australian and the governing Liberal and Nationals party are dogged by poor polling numbers.

Critics seized on the announcement, calling it proof that Turnbull was dancing to the tune of the far-right One Nation party lead by Pauline Hanson – a controversial and charismatic Trump supporter with a growing following in rural Australia.

Turnbull denied the end of the visa was a result of One Nation’s strong poll numbers insisting, “This has been a careful exercise in policy development, and we’re announcing the conclusions today.”

However, the Prime Minister’s denial didn’t stop the Queensland senator claiming credit for the reforms on Twitter.

The Government will deny their tough talk on immigration & plan to ban 457 visas is because of One Nation but we all know the truth! #auspol

The opposition Labor Party had previously called for a cap on the number of 457 visas and cautiously welcomed the announcement.

“[Labor has] been campaigning for ages to see improvements to this visa scheme,” a spokesman for the party said.

“We’ll be waiting to see the detail. From the looks of it this is more of a rebadging exercise than a fair dinkum attempt to address concerns about the 457 system.”

The Australian Council of Trade Union was also skeptical:  "It is unlikely Malcolm Turnbull's proposal will do anything to remedy the chronic exploitation of our work visa system," the organization’s President Ged Kearney said.

"Where workers can come to Australia and do entry-level jobs like retail shop assistants or kitchenhands, we still have a broken system.”

However, the left-wing Green Party attacked the Government for bowing to pressure from the right.

“As the government follows One Nation, we’re getting the worst of both worlds: nationalistic rhetoric without meaningful change.”

The changes come into effect immediately and anyone with an application already lodged is advised to check whether they remain eligible under the new criteria.