Minister for Health Stephen Donnelly said that the measures were "precautionary". 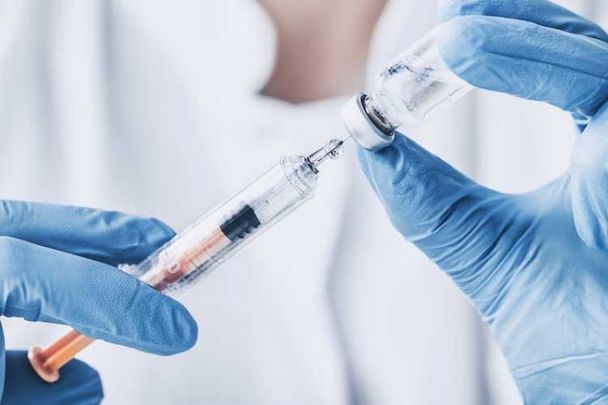 The AstraZeneca vaccine accounts for roughly 20% of all COVID-19 vaccines administered in Ireland. iStock

Minister for Health Stephen Donnelly has confirmed that the administration of the AstraZeneca COVID-19 vaccine has been temporarily suspended due to concerns over blood clots.

Donnelly said that the National Immunisation Advisory Committee (NIAC) made the recommendation following four reports of serious blood clotting in adults in Norway who received the AstraZeneca jab.

Ireland has administered roughly 110,000 doses of the vaccine - roughly 20% of the total number of vaccines administered in the country this year.

The decision to temporarily suspend use of the AstraZeneca Covid-19 vaccine was based on new information from Norway that emerged late last night. This is a precautionary step. The National Immunisation Advisory Comm meets again this morning and we’ll provide an update after that

Deputy Chief Medical Officer Dr. Ronan Glynn said that the measures were precautionary and said that the clots were not conclusively linked to the vaccine.

"It has not been concluded that there is any link between the Covid-19 Vaccine AstraZeneca and these [Norway] cases," Glynn said on Sunday.

"However, acting on the precautionary principle, and pending receipt of further information, the NIAC has recommended the temporary deferral of the Covid-19 Vaccine AstraZeneca vaccination program in Ireland."

Several European countries have suspended the administration of the AstraZeneca vaccine in the wake of the reports from Norway while they await results from the investigation.

Meanwhile, the European Medicines Agency (EMA) reported that one person in Austria was diagnosed with blood clots and died ten days after receiving the AstraZeneca Vaccine. One death involving a blood clot was also reported in Denmark.

However, the EMA said that there was "no indication" that the vaccine caused the clotting.

The World Health Organization additionally said two days ago that the AstraZeneca vaccine was "excellent" and that there "no causal relationship" between the vaccine and the blood clotting had been reported.

An AstraZeneca spokesperson said in a statement that a safety analysis of more than 17 million doses of the vaccine has shown no evidence of an increased risk of blood clotting.

"An analysis of our safety data that covers reported cases from more than 17 million doses of vaccine administered has shown no evidence of an increased risk of pulmonary embolism, deep vein thrombosis or thrombocytopenia with Covid-19 Vaccine AstraZeneca," the spokesperson said.

"In fact, the reported numbers of these types of events for Covid-19 Vaccine AstraZeneca are not greater than the number that would have occurred naturally in the unvaccinated population."