Scottish surfer described as "extremely lucky" after spending 30 hours lost at sea off the Irish coast. 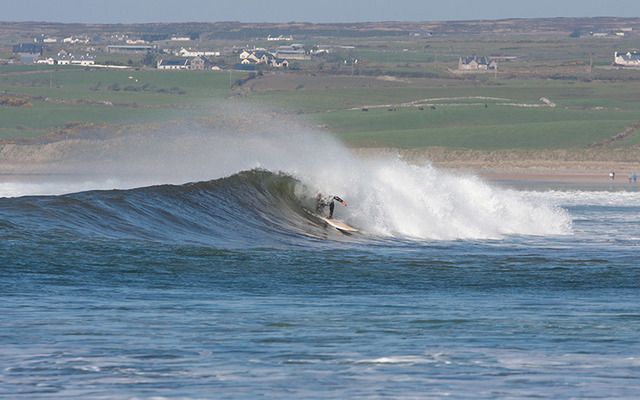 A surfer off the Irish coast. iStock

A surfer spent over 30 hours lost at sea off the Scottish and Northern Irish coasts.

22-year-old Matthew Bryce from Glasgow has been described as “extremely lucky” after a routine surfing trip off the Argyll coast saw him reported missing and emergency services scour the Irish Sea for him.

He had been last seen on land at around 9 am near the town of Campbeltown on the Kintyre Peninsula and his family reported him missing later that day.

He was rescued at 7.30 Monday evening, having been buffeted some 13 miles out to sea.

Dawn Petrie from the Belfast Coast Guard said that they were beginning to give up hope when they spotted him.

"He'd been in the water for some 30 hours when the helicopter was delighted to spot him.

"He was extremely lucky.

"He was wearing the right equipment, had a very thick neoprene wetsuit on and did the right thing by staying with his surfboard.

"That must have helped him to survive for so long."

Dramatic footage of Scottish surfer being plucked from the water by a Coastguard helicopter after spending more than 30 hours at sea pic.twitter.com/4K9RwBSgY0

Bryce is currently undergoing treatment for hypothermia at Ulster Hospital in Belfast and is said to be in a stable condition.

Speaking from hospital Bryce said, "I am so grateful that I am now receiving treatment in hospital.

"I cannot thank those enough who rescued and cared for me, they are all heroes."

A spokesman for Her Majesty’s Coastguard warned surfers about the dangers of getting lost at sea and urged people, "to be prepared before you go out on the water or at the coast where conditions can change quickly.

"Tell someone where you are going and take an appropriate means of raising the alarm in an emergency."