Mo Robinson discovered the bodies of the smuggled Vietnamese migrants in the back of his truck in Essex, in the UK, in 2019. 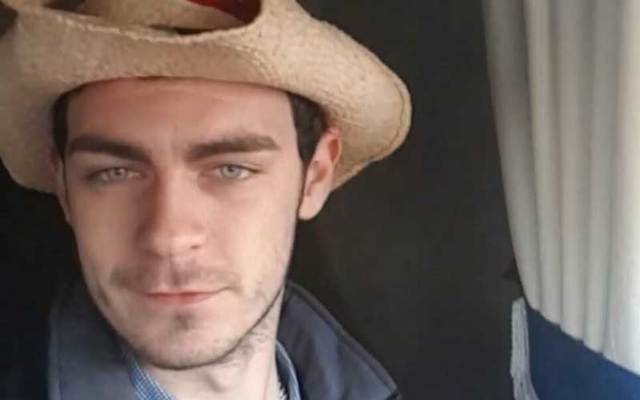 Maurice "Mo" Robinson was found guilty of 39 counts of manslaughter in connection with 39 migrants found dead in a refrigerated truck on October 23, 2019. Facebook/Mo Robinson

The Irish truck driver found guilty of manslaughter in the deaths of 39 migrants in 2019 has reportedly sought special counseling for being "haunted" by his crime.

Maurice “Mo” Robinson, 26, who was to be paid almost £60,000 for smuggling the migrants into the UK, found the bodies of the 39 Vietnamese nationals in the back of his refrigerated trailer in Essex on October 23, 2019.

The migrants, aged 15 to 44,  had suffocated in the sweltering, sealed container that was shipped by ferry from Zeebrugge, Belgium to Purfleet docks, Essex. The migrants were sealed inside the truck for at least 12 hours.

The Co Armagh truck driver discovered the migrants were dead when he opened the rear doors of the container in Thurrock shortly after collecting it in Essex.

Robinson had opened the container after his boss Ronan Hughes, 41, sent a Snapchat message telling him to “give them air quickly, but don’t let them out,” reports the Mirror.

Robinson, who pleaded guilty to 39 counts of manslaughter, is currently being held in Belmarsh Category A Prison in London. He has reportedly requested mental health support.

“Mo is being haunted by the mental images of what he found in the back of his trailer,” said a source, according to the Belfast Telegraph.

“He was suffering badly, having nightmares and losing sleep because he’d seen all the bodies lying down and he couldn’t get the image out of his head.

“The prison had to get him help because they have a duty of care to him. That’s the irony – Mo was part of a smuggling gang that killed those poor people, yet he needed grief counseling to recover.

“I don’t think Mo ever considered the consequences of what he was doing – he was just thinking about the money.”

Authorities at the scene in 2019 in Thurrock, England. Credit: Getty Images

The source said that Robinson knew what he was doing, but he is not a hardened criminal and has found life behind bars “extremely tough.”

“Mo comes from a highly respected family – people round Portadown still can’t believe he made his living doing this kind of thing.”

“He got in with a bad crowd and just got very greedy. He’s found the whole thing very traumatic."

After Robinson discovered the bodies, he did not immediately phone emergency services and instead phoned his boss Ronan Hughes. He did not call 999 for help until more than 20 minutes later.

“They’re all lying on the ground,” he told the emergency services operator. When asked how old the migrants were, he replied: “I don’t really want to look in, to be honest with you.”

Robinson was later shown images of inside the trailer during his interviews with the police.

So far eight people have been convicted for being involved in the deadly smuggling operation. The eight convicted will be sentenced over three days starting on January 7.

“The only thing keeping him going is the fact he’s got to see his newborn twin daughters. His partner Jill gave birth not long before he pleaded guilty.

“She was furious with him and let it be known to everyone in her hair salon that she had distanced herself from him.

“But she’s realized the kids need to see their dad even if he won’t be getting out of jail for much of their childhood.”