Archbishop Justin Welby said that the Church of England would also be "very carefully" scrutinizing statues in churches around England for any links to slavery or racism. 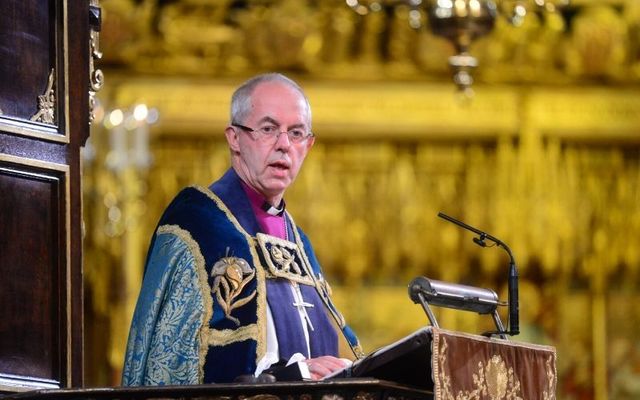 The Archbishop of Canterbury has urged western churches to reconsider depicting Jesus Christ as a white man as Black Lives Matter protests continue to cause debate over statues and symbols.

Archbishop Justin Welby said that the Church of England would also be "very carefully" scrutinizing statues in churches around England for any links to slavery or racism.

Speaking to the BBC Today Programme, presenters asked Welby whether the portrayal of Jesus Christ as a Western European needs to be "thought about again" in the wake of worldwide protests that have taken place since the death of George Floyd in police custody in Minneapolis at the end of May.

"Yes of course it does," Welby said, pointing to different churches around the world who don't portray Jesus as white.

"You go into their churches and you don't see a White Jesus - you see a Black Jesus, or Chinese Jesus, or a Middle Eastern Jesus - which is, of course, the most accurate.

"You see Jesus portrayed in as many ways as there are languages, cultures and understandings," he continued.

Welby said that the different representations of Jesus were "a reminder of the god that became fully human."

He additionally said that all statues in Canterbury Cathedral and in churches across Britain will be carefully reviewed in the near future to see if "they all should be there."

Black Lives Matter protests have taken place all over Britain since the death of George Floyd, with protesters in Bristol forcibly removing the statue of slaver Edward Colston, while protesters daubed the word "racist" on the statue of former Prime Minister Winston Churchill.

There have also been calls to remove statues of white supremacist Cecil Rhodes and British imperialist Oliver Cromwell since the protests began.