The roof of Harty's Cottage, an 18th century thatched cottage in Drogheda, County Louth, was badly damaged in the fire on Wednesday, March 25. 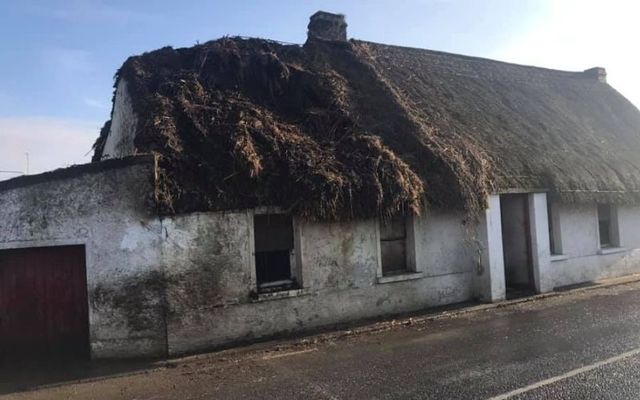 The roof of Harty's Cottage, an 18th century thatched cottage in Drogheda, County Louth, was badly damaged in the fire on Wednesday, March 25.

The fire was started just before midnight on Tuesday night and the cottage was sealed off throughout Wednesday as Gardaí and forensic experts conducted an investigation.

A passerby spotted the blaze and raised the alarm, giving emergency services a chance to extinguish it before the damage became irreparable.

Harty's Cottage is one of two protected cottages in Drogheda Town. It was set also set alight almost two years ago in November 2018 and three units of the Louth Fire Service prevented the blaze from disastrously spreading to the thatched roof.

The cottage, located on Crushrod Avenue, went under extensive renovations in 2016.

Read more: 300-year-old Waterford thatched cottage out of storybook off the market

Speaking about the most recent fire, Mayor of Drogheda Paul Bell said that he was devastated about the attack, especially since it came at a time when public morale was low due to the COVID-19 crisis.

"I’m absolutely devastated that this would take place at such a time when people are very low in themselves with the ongoing coronavirus activity that individuals would get involved in the destruction of a building that’s loved in the community and loved in the town," he said to the Irish Mirror.

"It’s one of the last two remaining thatched cottages and a lot of money has been spent trying to restore it over the last two to three years."

Bell paid tribute to the civilian who raised the alarm and notified authorities about the blaze, saying that they saved the cottage. He also praised the emergency services who worked tirelessly to prevent further damage.

“I’m very appreciative of the member of the public who contacted Garda Siochana and the efforts made by the fire service to try and save the bulk of the roof which they successfully did and the actions of the Gardaí."

Gardaí are still investigating the incident and the investigation remains ongoing.