American Taliban fighter plans to move to Ireland on release

John Walker Lindh hopes to build a new life for himself in the Emerald Isle following his expected release in 2019. 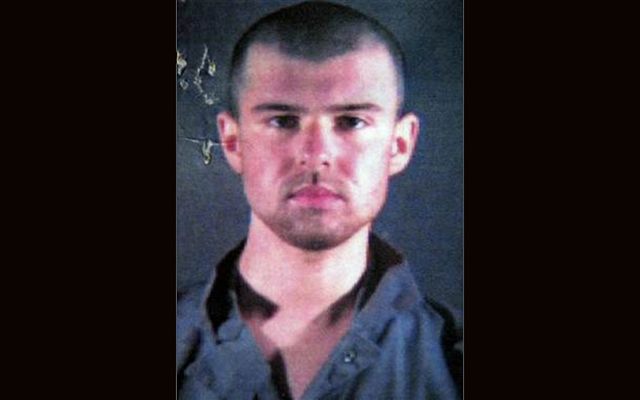 The so-called “American Taliban”, John Walker Lindh, has announced that once free he plans on moving to Ireland.

Lindh, a California native, was infamously the first enemy combatant captured during the US invasion of Afghanistan in 2001.

He was raised as a Roman Catholic but converted to Islam as a teenager and moved to Yemen to learn Arabic.

After 9/11 he helped the Taliban resist the US invasion but was captured and he became detainee #001 of the War on Terror.

After a trial by a Federal Grand Jury he was convicted of carrying explosives and aiding and abetting the Taliban for which he was sentenced to 20 years in jail; currently he is due to be released in 2019.

Now it’s emerged that Lindh plans on making a new life for himself in Ireland after he’s freed; his grandmother, Kathleen Maguire, was born in Donegal in 1929 and according to reports Lindh registered as an Irish citizen in 2013.

All individuals with a parent or grandparent born or naturalized on the island of Ireland prior to 2005 are entitled to Irish citizenships and Ireland’s Minister for Justice has no power to deny even a convicted terrorist of citizenship.

According to Foreign Policy, Lindh’s father hopes that his son will be able to build a new life for himself in the Emerald Isle - where perhaps his past will be less of an issue than in America.

Lindh himself recently wrote to the NGO CAGE that, “Regarding the Ireland issue, I really don’t know what to expect from the Irish government. I know virtually nothing about them. I think the only reasonable way to present my case to them is to explain my unique circumstances that make my survival in the US practically impossible.”

Some have speculated that as the Irish Government has the power under the Passport Act 2008 to refuse to issue a passport, if they deem issuance “might prejudice national security or the security of another state”, Lindh will be refused one.

However, the refusal to issue a passport is usually used to prevent an individual from leaving the state - not entering one they have citizenship of.

Were Lindh refused an Irish passport, and as such the right to travel to Ireland, a legal challenge on the grounds that his right to freedom of movement as an EU citizen had been breached would most likely succeed.

Article 21 (1) of the Treaty on the Functioning of the European Union states that, “Every citizen of the Union shall have the right to move and reside freely within the territory of the Member States”.

Furthermore, US officials could subject him to “supervised release” for a number of years after he leaves prison.

What kind of a life he would lead in Ireland remains unknown.

At his sentencing, aged 21, Lindh told the judge that, “I condemn terrorism on every level — unequivocally.” Adding that, “My beliefs about jihad are those of mainstream Muslims around the world.”

However a National Counterterrorism Center report concluded, “As of May 2016, John Walker Lindh (USPER) — who is scheduled to be released in May 2019 after being convicted of supporting the Taliban — continued to advocate for global jihad and to write and translate violent extremist texts.”

Ireland is no stranger to radical Islam but in comparison to other European countries the number of sympathizers is thought to be miniscule - perhaps no more than a dozen.

Speaking in the aftermath of the attack on London Bridge this month then-Taoiseach (Prime Minister) Enda Kenny told journalists, “There are a small number of people in Ireland who are being monitored and observed in respect of radicalisation and matters relevant to that.”