Like the tragic case of Savita Halappanavar, who died from complication of a septic miscarriage after being denied an abortion in 2012, the case of Amanda Mellet has helped to spur Ireland’s abortion referendum. 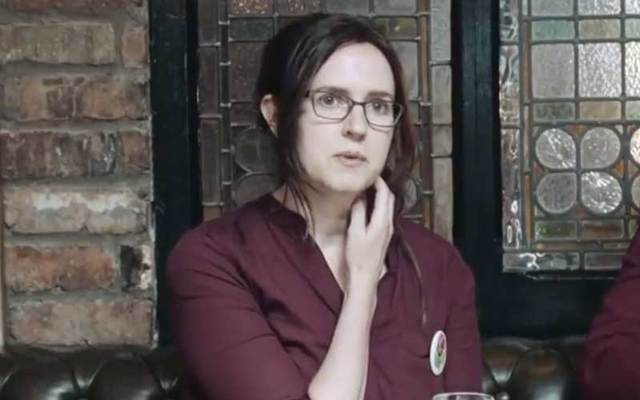 On May 25, Ireland will vote on the referendum to repeal its constitutional ban on abortion. Like the tragic case of Savita Halappanavar, who died from complication of a septic miscarriage after being denied an abortion in 2012, the case of Amanda Mellet, an Irish American woman from outside of Detroit, has helped to spur Ireland’s abortion referendum.

In June 2016, the United Nations Human Rights Committee ruled that Ireland subjected Mellet to cruel, inhuman and degrading treatment, while also violating her right to privacy, by compelling her to either carry a dying fetus to term or travel abroad for an abortion.

For the first time, Ireland was required to compensate a woman for the expenses and emotional distress tied to an abortion, The Washington Post reports. The decision also called on Ireland to change its laws criminalizing abortion.

Mellet and her husband, James Burke, were happy to discover that she was pregnant in the summer of 2011. However, a 21-week scan that November revealed potential problems that required more tests. It was found the fetus had Trisomy 18, otherwise known as Edwards syndrome, and would die in the womb or upon delivery.

Mellet, now 44, says a midwife told her she could either continue the pregnancy or “travel.” Through the Irish Family Planning Association, Mellet made an appointment at the Liverpool Women’s Hospital in Britain for about 10 days later.

It was like being “thrown to the wolves,” she told The Washington Post. “You’re suddenly in this crisis mode and trying to make plans and contact another hospital in another country and book hotels and flights, and it’s not where your head should be. It should be focused on the diagnosis and the loss. Because I never had that chance: How do I get over this? How do I grieve?”

Mellet said: “Not only did we have to make this horrible decision about what to do in the case of a fatal condition, we had to leave the country like criminals, speak in euphemisms to hospital staff in Ireland, pay thousands to end a pregnancy, all the while my heart breaking at having to say goodbye to my darling baby girl.”

She continued to receive scans before leaving, hoping that the fetus would die inside of her because it was “the least bad option.”

After 36 hours of labor, she was given only an hour to say goodbye to her dead baby girl, Aoife. Twelve hours later, she stood in line at the airport, still bleeding, waiting to go back to Ireland.

They were not permitted to take their child’s remains with them. The baby’s ashes had to be transported to Dublin two weeks later by courier.

Back in Ireland, Mellet connected via an online forum with other women who had to travel for abortions. She told them she wanted to “do something.” Sometime later, three women with similar experiences to Mellet’s met in her home. It was the beginning of the support group and campaign organization Termination for Medical Reasons.

The group sent 160 letters to obstetricians and gynecologists, asking them to speak out in defense of their cause, but they only received six replies.

Read More: Irish widow with two young sons, one lung, and heart defect denied abortion as ‘life not at risk’

With the assistance of Irish gender equity and human rights groups, Mellet connected with the New York-based Center for Reproductive Rights, which offered to bring her case to the United Nations. The center filed on behalf of three women, but Mellet v. Ireland was the first to be decided, The Washington Post reports.

“I think Irish society got a reality check, you know?” says Mellet. She says that before, “people would express sympathy, but behind closed doors. Now they know their career won’t be over if they support us publicly. So that kind of barrier, that silence — that has ended.”

Mellet does not wish to take much credit for transforming attitudes or potentially changing Ireland’s law.

However, if the eighth amendment is repealed, Mellet says, “I’ll feel happy that I’ve contributed to that change.”