Alcohol a factor in 25% of deaths in young men in Ireland, report finds

Alcohol Action Ireland, a charity dedicated to reducing levels of alcohol harm in Ireland, is urging men to rethink how they approach drinking as part of Men's Health Week. 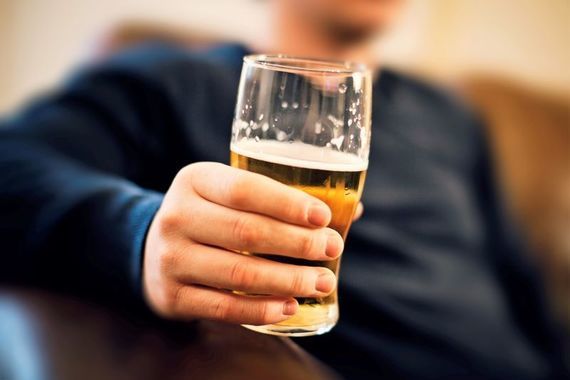 Alcohol Action Ireland says that drinking within low-risk guidelines will reduce the risk of harm from alcohol. Getty Images

Alcohol is a factor in one out of every four deaths of men aged between 15 and 39 in Ireland, a new report has found.

Alcohol Action Ireland, a charity dedicated to reducing levels of alcohol harm in Ireland, is urging men to rethink how they approach drinking as part of Men's Health Week.

The group says that men often receive a "positive picture" about the consumption of alcohol, including how it can be used to relax and have fun with friends.

However, the group says that people often don't talk about the negative impact of alcohol, including how excessive drinking increases the risk of alcohol-related harm.

"Alcohol also increases your risk of several types of cancers such as mouth, throat, bowel, and liver cancer," Alcohol Action Ireland said in a statement.

"Each year in Ireland an estimated 670 men are diagnosed with alcohol-attributable cancers."

Dr. Bobby Smyth from Alcohol Action Ireland is encouraging men to "rethink" their next drink.

We are delighted to leading the messaging on #MensHealthWeek today, encouraging men to rethink their drinking.

To find out more information about alcohol and the risk your physical and mental wellbeing, and take an assessment of your drinking, visit:https://t.co/MSI6gHs86A pic.twitter.com/E2ytotI7ay

"Drinking within low-risk guidelines will reduce your risk of harm from alcohol," Dr. Smyth said. "There is no ‘safe’ or ‘healthy’ amount of alcohol, but the less you drink, the lower the risk to your health."

He noted how alcohol can also have a negative impact on how people deal with stress: "Alcohol can make it harder to cope with day-to-day stresses.

"At first, alcohol can seem to lessen symptoms of low mood and anxiety, but continued drinking will cause these feelings to worsen."

Last week, a report from the Health Research Board found that one-third of young people in Ireland aged between 15 and 24 struggled with an alcohol use disorder.