WATCH: Irish teen who was blinded in vicious attack shares progress one year on

Alanna Quinn Idris, who was left blind in one eye after a vicious attack in Dublin in 2021, posted on TikTok to show the progress she's made in the year after the assault. 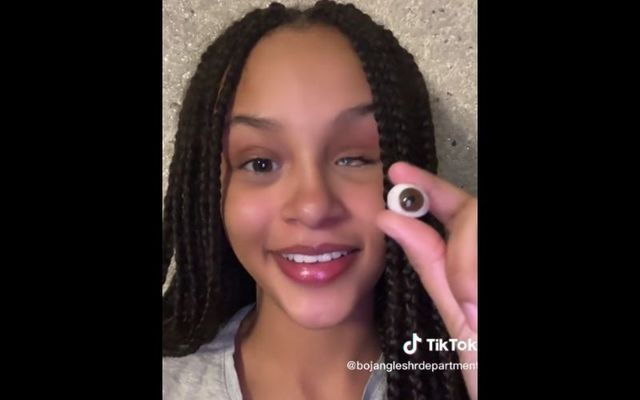 Alanna Quinn Idris, an Irish teenager who was left blind in one eye after a vicious attack in Dublin in 2021, has shared the details of her injury and the further recovery work that lies ahead.

Idris, 18, was left with a broken cheekbone, ruptured eyeball, and shattered tooth following the attack in Ballyfermot on December 30, 2021.

She has undergone four surgeries since the attack and is set to undergo more surgery in the near future.

Marking the one-year anniversary of the assault, Idris shared the details of her recovery on TikTok that proves the Irish teen's inspiring positive attitude.

"It is also the one-year anniversary of when I was attacked and made blind," Idris said in the TikTok she filmed on December 31.

"This video isn't to be all woe is me and be sad and all, because, at the end of the day, I'm here in my own bed. Last year I was in a hospital bed for New Years," she said.

"Now I've been meaning to make a video like this for some time because I wanted to come on and talk about my little prosthesis kind of thing that I have for here [her eye]."

Idris showed the "shell" that she puts over her injured eye.

"A lot of people think that I don't have an eye, I still do," Idris said. "It's just not the same size as this one. When you get hit, your eye shrinks.

"So you can see, I don't have the same amount of volume," Idris said, highlighting the difference between her two eyes.

"Now me personally, I'm very particular and I'm very picky and I'm not too fond on having this [shell] in my face because I would much rather have my old face."

Idris said she would require more surgery to fill out some areas on her face.

"I just wanted to come on to show you how it looks in.

"I hate it, but it's not the worst thing in the world," she said, adding "But it is my face and I get to pick when I put things in it."

Idris then showed what she looks like with her shell in and pointed out how it "drifts" a bit, but that surgery can help correct that.

Two 18-year-old men have been charged in connection with the December 2021 assault on Idris.