Irish teen is one of Europe's best new scientists

The 17-year-old has added a major European title to his list of achievements. 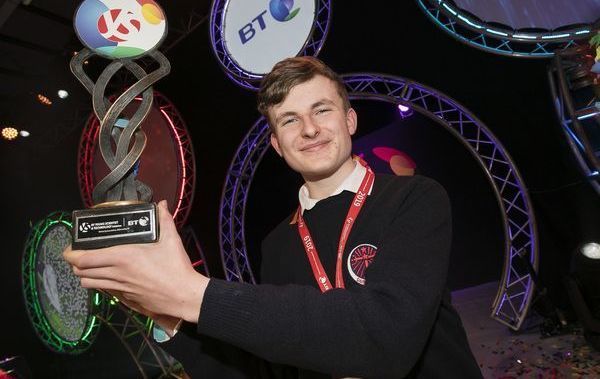 Adam Kelly has added a major European title to his list of achievements.

An Irish teenager has won a top European science award, adding to a spectacular list of accolades including having an asteroid named in his honor.

Seventeen-year-old Adam Kelly from Skerries in Dublin was named Ireland’s Young Scientist of the Year back in January of this year and has now also taken home a major European title.

After taking home the Irish prize, Kelly went on to represent Ireland at the European Union Contest for Young Scientists 2019 in Bulgaria which he has also now won.

His project developed a tool to select the optimum algorithm for the simulation of particular quantum circuits to help with the development of supercomputers.

Read more: The world’s Viagra is made in a small Irish village (Botox, too!)

“I want to congratulate Adam for his success here at the EUCYS,” said the head of the BT Young Scientist & Technology Exhibition Mari Cahalane.

“As one of the most highly-regarded international student science competitions, it is a fantastic demonstration of student STEM achievement.

“Ireland has consistently done very well at the competition, and Adam has continued this strong record with his achievement here today.”

In May, Kelly also had an asteroid named in his honor after winning several awards at this year’s Intel International Science and Engineering Fair (ISEF).

At ISEF, Kelly was named as one of the three winners of the Dudley R. Herschbach SIYSS Award, which is considered one of the competition’s top 5 most prestigious accolades.

Read more: Irish student to have an asteroid named after him after winning at science fest