"Can you come with me?" - teen's heartbreaking plea to mother on deathbed 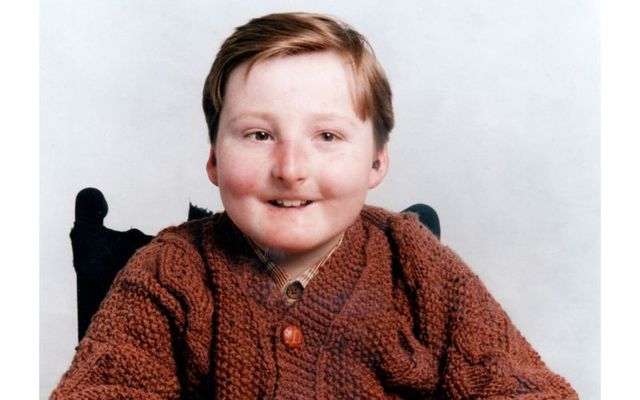 Aaron Fyne died aged 16 from EB. His legacy is that his story is now leading to more funds being raised for Debra Ireland.

EB charity Debra Ireland has launched an appeal this Christmas to raise funds for extra supports, including home nursing hours, for 300 families in Ireland with children suffering from this genetic disease that causes fragile, blistering skin.

A mother has recalled how the last wish of her dying teenage son was to ask if she could come with him.

Maria Fynes, 63, relived her traumatic final moments with her eldest child Aaron as she pleaded for extra resources to help other families dealing with the genetic skin condition epidermolysis bullosa (EB).

Aaron was among the first children in Ireland diagnosed with the excruciatingly painful disease – and was aged just 16 when he lost his battle for life.

“The last few days were terrible because his sight had worsened and the painkillers weren’t having the same effect,” said Dublin Mum Maria.

“As we kept a vigil next to his [hospital] bed, watching him get weaker and weaker, I asked him: ‘If you could go somewhere where there was no pain, would you go?’

“He turned to me and asked: ‘Can you come with me, mammy?’

“I would have given anything to go with him, but I answered: ‘Not yet son, but I will someday. Your nanny and granddad are there, so they will look after you’.

“And he replied: ‘Alright mammy, I’ll go then.”

Born with no skin on his right leg or right ankle, Aaron had large fluid-filled blisters on his chest and had to be fed through a tube in his nose.

Every day prior to his death in 2001, Maria said the country music-loving youngster screamed in agony when she changed his bandages.

The founder of EB charity Debra Ireland, alongside her husband Val, is now backing its Christmas appeal for extra supports, including home nursing hours, for 300 families in Ireland. 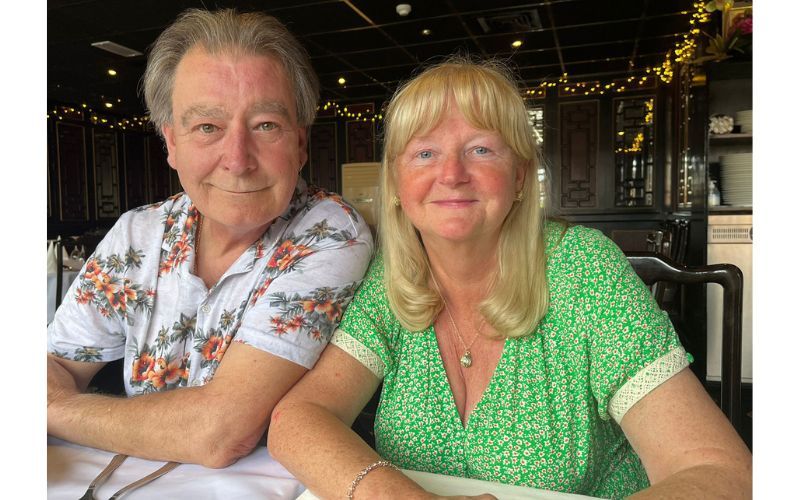 Maria, originally from Portmarnock but now living in Ballyboughal, in Dublin, said changing bandages every day is tough on parents and children.

“It's a job that has to be done. But Aaron would fight me, most of the kids do, and after that, your heart would break.

“If a nurse comes in to do that, it is such a relief,” said the mother-of-five.

A chronic nursing shortage, however, means nurses are sometimes unable to call out to help families with extremely painful bandage changes.

“Aaron might be gone, but EB is still here,” said Maria.

“After he was gone, I felt he was in a better place and his pain and his misery was at last gone.”

The retired hairdresser said the festive season is a particularly poignant time of year because Aaron loved Christmas – and she hopes the public donates to Debra Ireland in his memory.

“I’m urging people to give what they can to support Debra Ireland because I don’t want any other family to go through the same trauma we did at a time when EB was unknown and there was absolutely no help available."

“What patients and their families need from the State is a safety net to protect them when home care becomes unavailable,” said Jimmy Fearon, CEO of Debra  Ireland.

“The packages, as they currently stand, are fragile at best, inflexible and fail to recognize the unique and ever-changing needs of those suffering daily with EB.

“The quality of nursing care itself is excellent, but ring-fenced, secure funding for home nursing care for adults and children will remove the uncertainty and anxiety patients endure.”

For more information about Debra Ireland’s Christmas appeal, and how to donate, see debraireland.org.