A case in which a 96-year-old New-York-based woman was suing her second cousins living in Ireland for “$300,000 loans” was settled today on confidential terms. 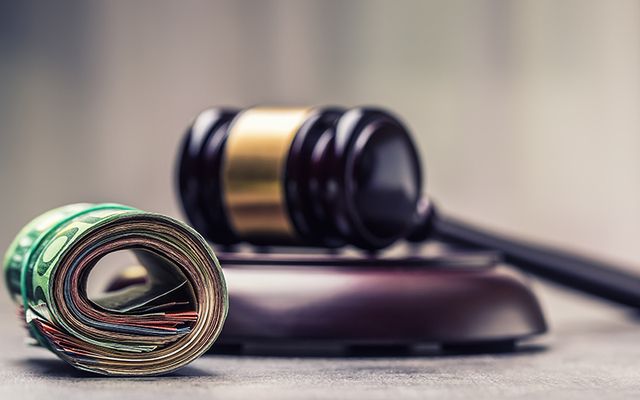 A case in which a 96-year-old New-York-based woman was suing her second cousins living in Ireland for “$300,000 loans” was settled today on confidential terms.

Co. Mayo native Kathleen McNicholas claimed she gave $300,000 to the two sisters living in Co. Galway as a loan to assist in renovating their houses and that she now needed the money back to look after her own care. The sisters, Olive and Ann Cunningham, claimed, however, that the money had been a gift from their second cousin to help in looking after a sick relative.

McNicholas, the only surviving member of a family of six children, moved to America in 1954 and is said to have saved up hundreds of thousands of dollars through waitressing and through investments. NNo a resident of Manhattan, New York, with no children of her own, McNicholas filed a case against the Cunningham sister after the refused to give her the money back, she claims.

Opening the case on Wednesday, Olive Cunningham told the court that she received $200,000 from McNicholas as a gift so she could provide 24-hour care to her sick brother Johnny. Her younger brother was the only remaining family member living on the family farm near Knock in Co. Mayo, where McNicholas would have been based when she lived in Ireland.

Olive claimed that she established a trust to pay for her brother’s and that the remaining money went to her when he died in 2012. She added that she was gifted an additional $50,000 by McNicholas with which she was told to “treat herself” and the immediate family.

Sisters claim Kathleen McNicholas gave them money as gifts and to care for a relative https://t.co/XpM75iaLTE

Her sister Anne Cunningham also claimed the $100,000 she received from McNicholas was a gift. Anne stated that she received the unsolicited gift in 2013 while on a trip to New York with Olive in 2013. She said that McNicholas gave her the money because she “did not want to leave any money behind after her death”. Anne had previously received $100,000 in 2009on which no claim was made by McNicholas.

The 96-year-old delivered her own testimony on Wednesday via a video-link from New York, telling the court that the $300,000 was a loan for house alterations.

“When I asked for it back, they said they were selling their houses, both of them, and would give the money as prices were going up”, she said, claiming that she was unable to contact the Cunningham sisters once she asked for the money back.

Answering claims that the money was a gift, she replied, “That is wrong, how many people could give $200,000 as a gift, that is wrong”.

McNicholas also claimed that the $100,00 given to Anne Cunningham in 2013 was not an unsolicited gift but that she was asked for the money.

“Because she asked for it, I gave it willingly and I said I would need it back and she said yes she would,” McNicholas told the court.

She was due to be cross-examined today but the court was told by her counsel, Oisin Quinn SC, the matter had been settled following talks.