More than 5,600 passengers arrived at Dublin Airport in just four days this week

At least one-third of all passengers were thought to be returning from non-essential holidays. 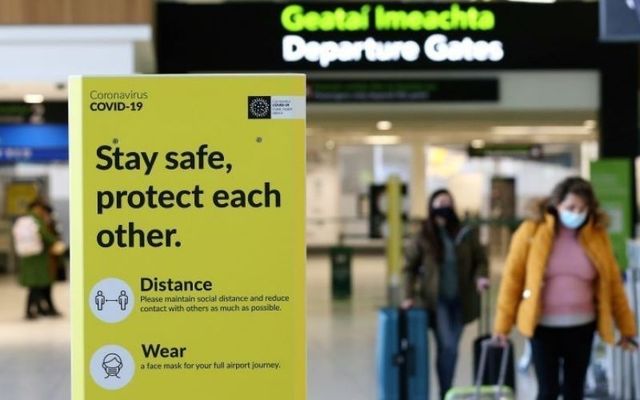 More than 5,600 passengers arrived at Dublin Airport over a four-day period this week despite government efforts to prevent non-essential travel.

Dublin Airport Authority (DAA) told the Sunday World that 2,325 passengers arrived at Dublin Airport on Monday, January 25, while a further 936 and 1,202 arrived on Tuesday and Wednesday respectively.

Of the passengers who arrived on Tuesday and Wednesday, roughly one-third were returning from holiday destinations such as Lanzarote or Malaga.

The Department has since confirmed that 1,208 passengers arrived at Dublin Airport on Thursday, January 28, with 509 passengers returning from holidays.

Furthermore, the Department of Justice has confirmed that, as of January 26, 88,276 have flown into Dublin Airport in January. However, it is unclear how many of those passengers were returning from holiday destinations.

? Travel for holidays is not considered essential

Meanwhile, the Department of Justice has also confirmed that 39 passengers arrived in Ireland without a negative PCR test between Monday and Wednesday, with 28 of those arriving at Dublin Airport.

All passengers arriving in Ireland must provide evidence of a negative PCR test before they arrive in the country.

Under Ireland's Level 5 restrictions, anyone entering Ireland without a negative PCR test could face six months in prison or a fine of €2,500.

Passengers arriving without a negative test must also quarantine in a designated facility for 14 days.

Any passengers arriving from Brazil or South Africa will additionally face a 14-day quarantine in a designated facility.

All other passengers must quarantine at home for 14 days. Gardaí can issue Fixed Payment Notices to anyone who leaves the country for non-essential reasons and will be conducting more checkpoints near Irish ports and airports.

Meanwhile, an Irish pub owner in Lanzarote has revealed that dozens of Irish holidaymakers visited her bar over the Christmas period.

Sinéad Barry, who owns Murphy's Bar on the Spanish island, told the Daily Mail that there was a "surge" of Irish customers in her bar between December 20 and New Year's Eve.

"It got busy alright over Christmas from maybe December 20, just for that week and then New Year’s as well. But then it went back down again," Barry told the Daily Mail.

Taoiseach Michéal Martin has since addressed the Dáil on the issue, stating that "foreign holidays need to stop".