40-story building in Cork will be Ireland's tallest

Kerryman and New York construction tycoon behind the project to “put Cork on an international map.” 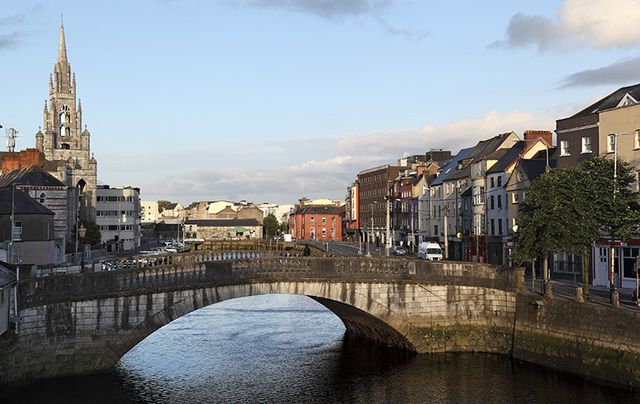 Tallest building in Ireland is set to put Cork on the international map and create jobs. iStock

A head-tiltingly high 40-story building is planned for Cork City. Kerryman and New York construction tycoon Kevin O’Sullivan is behind the project and says it “will put Cork on an international map, and bring jobs to the city”.

O’Sullivan and his brother left the town of Ballinskelligs on the Wild Atlantic Way in 1986 and since then have been involved in numerous high profile projects in the Big Apple; his firm Times Square Construction have overseen renovations to Grand Central, built the 9/11 memorial and Apple’s flagship store on 5th Av.

Now he’s looking to take on his first big Irish project and with a budget of $107 million it’s set to be the biggest building in Ireland by quite some margin; currently Dublin’s Liberty Hall at only 17 stories is half the size of the proposed new building.

Once completed the building will likely house a hotel, offices and potentially apartments as well.

“[Over 30 years] I’ve seen the ups and downs of the US economy; this has to happen now for Cork, the city doesn’t want to miss out on another cycle,” O’Sullivan told the Irish Examiner.

Minister for Housing Simon Coveney (and potentially Ireland’s next Prime Minister) cautiously welcomed the plan; the ambitious nature of the proposal “will blow people away, they will create a real ‘wow’ factor and it will prove a real draw to the city and a catalyst and a center piece for dockland development,” he said.

However, he added, the final go ahead would depend on an Environmental Impact Statement and planning permission which would give city residents the right to object.