Paddy Pals will bring you the luck of the Irish this St. Patrick’s Day

In Partnership With:
Paddy Pals 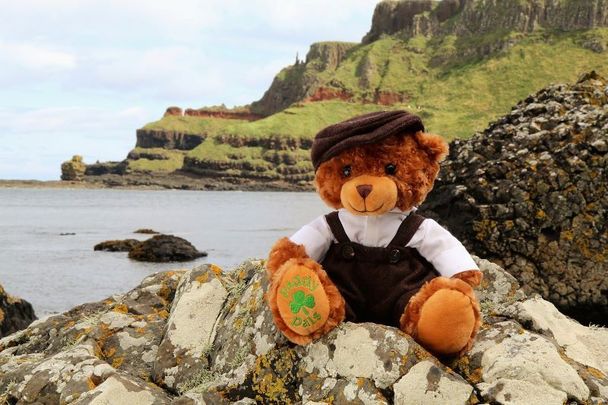 St. Patrick’s Day is fast approaching and if you’re in search of a bit of Irish luck to have by your side, the perfectly charming Paddy Pals are waiting for you!

The collection of eight Paddy Pal Irish teddy bears and four Paddy Pal Juniors who are native to The Mourne Mountains in Co Down have come to be loved by children and adults alike.

The community of Paddy Pals make for treasured friends and companions and each of them comes with their own individual Irish talents. From teachers to poets, and weavers to fishermen, there's a cuddly Paddy Pal for everyone!

And whatever you do, don't forget, these are no ordinary bears, these are the last of the wild Irish bears and wherever they go, they bring the luck of the Irish with them.

The Irish legend of the Paddy Pals

Thousands of years ago, all of Ireland was covered in deep forest where the Paddy Pals roamed freely. But as the human population grew, the bears’ habitat receded year on year until eventually all the forests and wild places were nearly gone. The remainder of the wild Teddy Bears headed for the last wild place in Ireland, the Mountains of Mourne deep in County Down where they made their home. 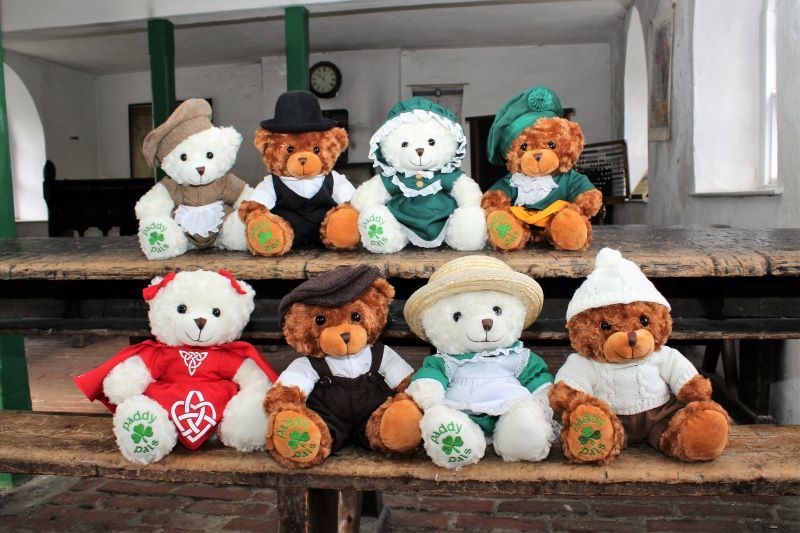 They love their home in the Mourne Mountains with its sweeping hills filled with large boulders, rivers, and patches of heather that change colour with the seasons. They love to swim in the beautiful Blue Lough and on a clear day they love to look out across the hills to where the Mountains of Mourne sweep down to the sea.

The bears all look after each other and their community and they don't need anyone other than themselves. Páraic the Farmer produces all the food, and the tasty honey that all the bears love while Finn the Fisherman is out at sea catching fish. 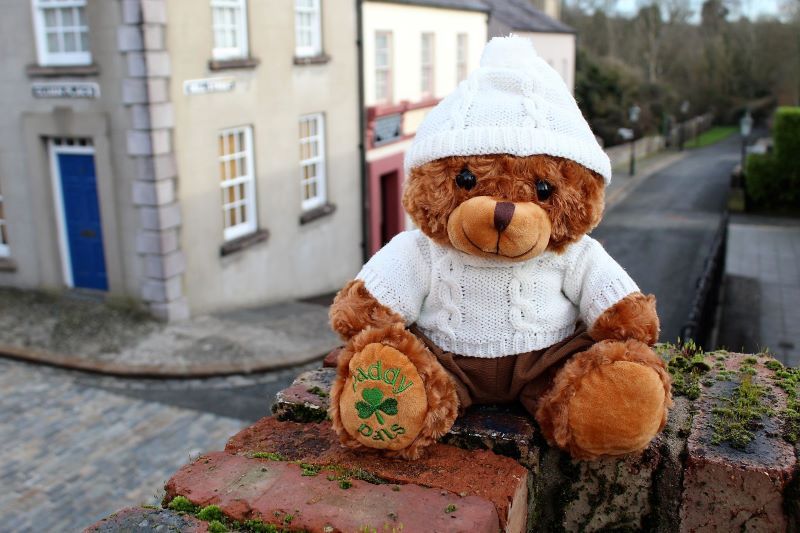 Róisín the Colleen strolls through the village singing her stories while Lizzie the Dancer jigs and reels all day long. 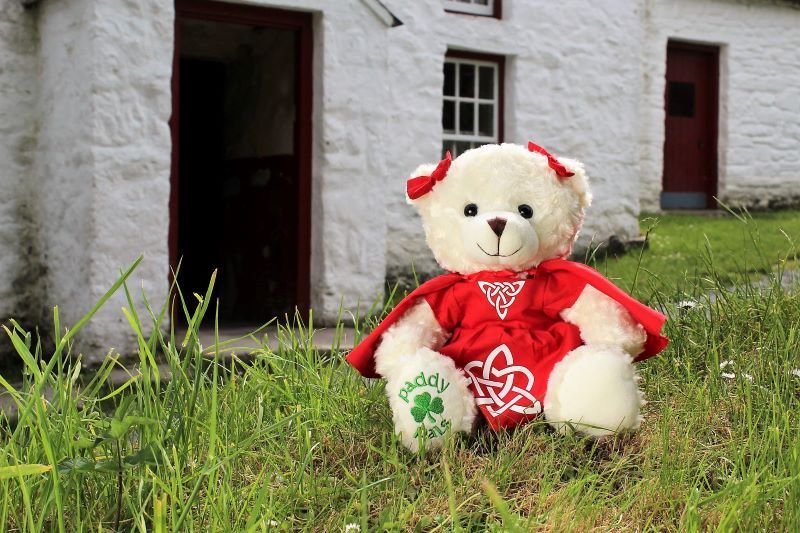 Logan the Piper plays his Irish bagpipes, keeping the bears entertained while Molly the Weaver weaves the baskets and furniture for all the bear Miss O’Doherty Irish School Teacher teachs the Paddy Pals Juniors who are the young bear cubs of the community. And of course, James the Poet who recites tales of Celtic woe. 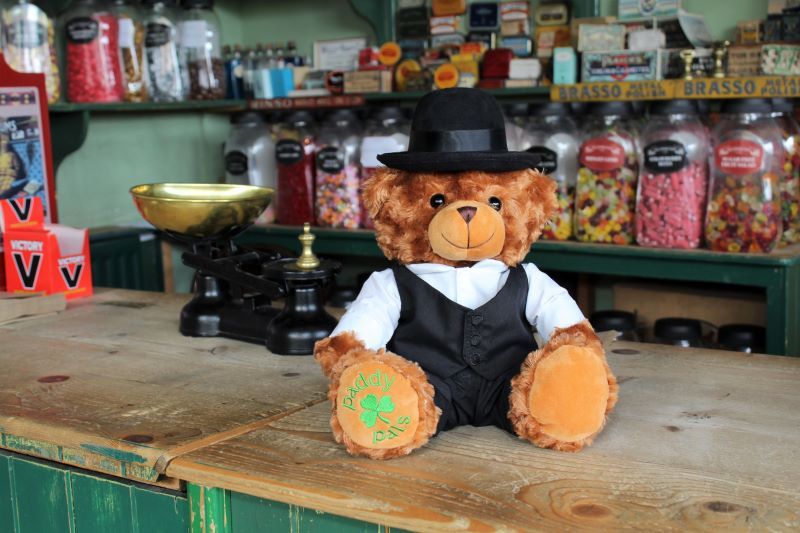 If you ever visit the Mountains of Mourne and you think you saw a shadow moving through the woods, or a rustling coming from the bushes or a figure disappearing over the next hill then you probably almost met a Paddy Pal. They can be quite shy and elusive but when they find the right person, they stick to them like glue. 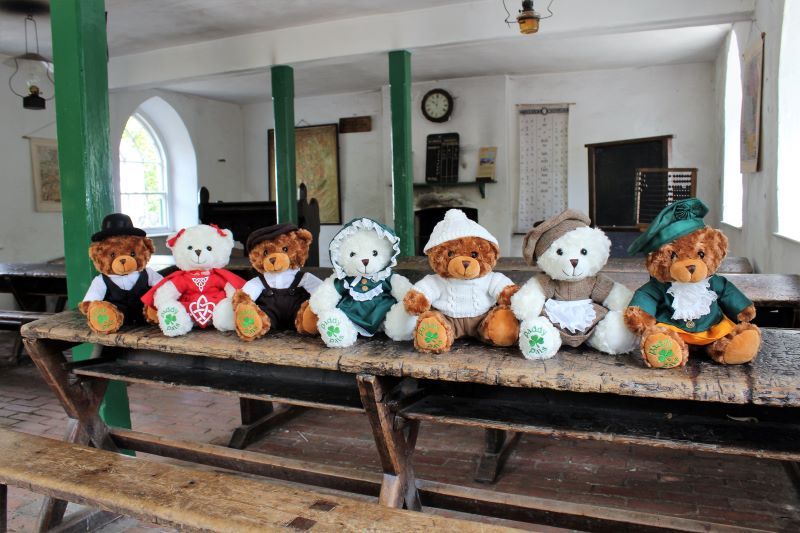 The Paddy Pals would like nothing better than for you to take them home and make them part of your family this St. Patrick's Day where they will look over you and yours forever and a day!

You can learn more about The Paddy Pals here.

This Irish children's book is perfect for lovers of Irish folklore