The history of Ogham: the Celtic tree connection

Colleen Berry Conway takes us through the history of the ancient Irish alphabet.

In partnership with:
Ogham Art 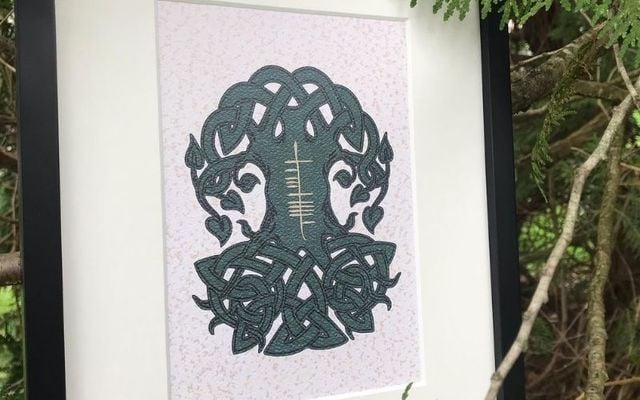 Colleen Berry Conway is the owner of Ogham Art alongside her husband Chris. She takes us through the history of the ancient Irish alphabet.

This article is proudly presented alongside the Irish Heritage Tree, a program that gives our community the opportunity to plant a native tree in the green forests of Ireland and is an ideal way to honor your family, friends, and Irish ancestry while joining our commitment to keeping Ireland green and growing. Find out more information here.

When we bought our home in 2005, we were given a housewarming gift by my in-laws: a copper plaque with fáilte - the Irish word for “welcome” - in Ogham, the first written form of the Primitive Irish language.

My husband Chris immediately recognized the ancient alphabet and grabbed a book about Ogham from our library.  Inside the cover was a yellowed scrap of paper with C-H-R-I-S written in the old Irish script. 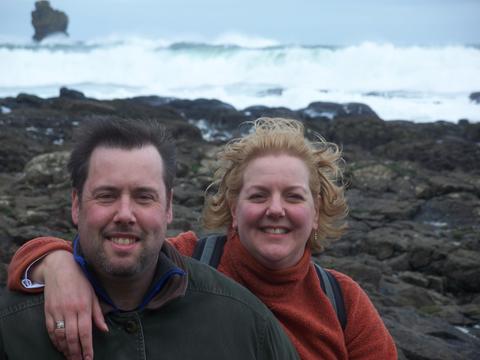 Colleen and Chris at the Giant's Causeway in Northern Ireland

He was no stranger to Ogham having visited many carved stones while studying at Trinity College in the early 90s. I, on the other hand, was not as familiar.  So began our passionate journey to learn all that we could about this lesser-known chapter of Irish history.

In early 2009, our son Desmond was born. To pass the time during Desmond’s naps, Chris took up watercolor painting. His linear abstracts soon turned into Ogham and we began creating framed gifts for friends and family.

When my father-in-law passed away just a few months later, Chris boarded a plane to Ireland to bury his dad’s ashes at their ancestral home in Donegal. He brought a painted Ogham of the family name in gratitude for the memorial that was about to take place.

His family’s response to the gift was overwhelming and when he returned home, he said, “I think we need to do something with this.”  It was then that I took over as the primary artist and after 10 months of further researching the Ogham alphabet and finding local partners to help us create our vision, we launched OghamArt.com in October 2010.

Little did I know all those years ago that this entrepreneurial adventure would transform me into a passionate artist dedicated to the preservation and presentation of Ogham. In addition to creating Ogham-inspired art, I began lecturing on the history of the alphabet and became a learned and trusted Oghamist to thousands of followers - at festivals, on social media, and through cultural networks.

When I learned about the Irish Heritage Tree program, I immediately made the connection between my commitment to Ogham and the trees of Ireland.  While many have seen or heard of the markings on stones through Ireland, Scotland, Wales, Isle of Man, and England, the connection between Ogham letters and trees is not as commonly known. 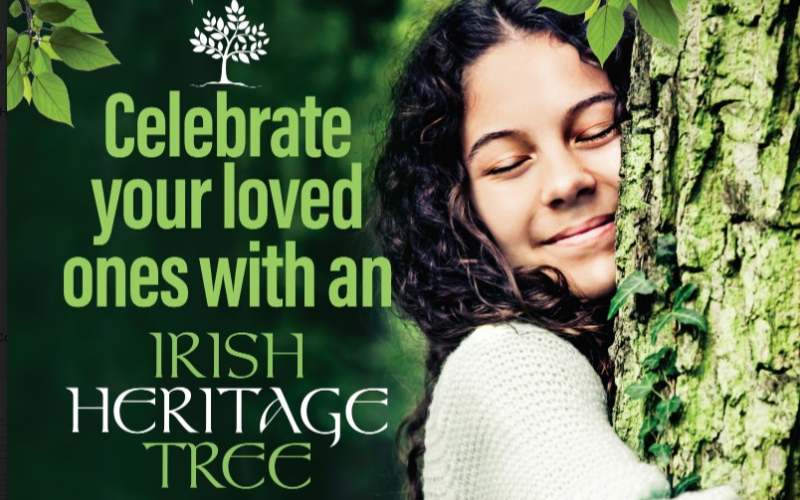 Also referred to as the Celtic Tree Alphabet, each Ogham letter is either named after or associated with a tree native to Ireland. Furthermore, the alphabet goes beyond presenting names in stone as its arboreal assignments are often used for divination in Modern Druidry and Paganism.

The Celtic Connection to Trees

The importance of trees during ancient Celtic times has many layers.  The most basic value would be livelihood: fruit and nuts for sustenance; a sanctuary for birds and animals; wood for structures, weapons, and fire; leaves, flowers, and bark for medicine.  Another prominent factor is how trees are portrayed in mythology and folklore. From guardians of the chieftains to symbolism and superstitions, trees were sacred and revered.

Just like Western astrology, Celtic Tree astrology is based on how the time of your birth influences your personality and characteristics.  While the 12 Western Zodiac signs are named after constellations in which the sun passes through each year, the 13 Celtic signs - based on the 13 cycles of the moon - are named after trees.

The Tree Names of Ogham

In late medieval and modern times, each letter of the Ogham alphabet was assigned the name of a tree. The connection of Ogham letter names to the names of trees has seen many incarnations over the centuries.  The primary resource for the translations is found in The Book of Ballymote, a late 14th-century vellum manuscript filled with a multitude of learnings including histories, genealogies, maps, and laws.

A page in the manuscript referred to as In Lebor Ogaim (“The Book of Ogams”) contains around 100 variants of the Ogham alphabet, revealing the cryptic interpretations of the late medieval scribes several centuries after widespread use of the alphabet. Within some of the illustrated variations, words are assigned to each letter including animals, colors….and trees.  Irish archaeologist R.A.S. Macalister, credited with cataloging all known Ogham inscriptions in the 1940s, believed in a secretive code behind these assignments.

Damian McManus, Professor of Early Irish at Trinity College in Dublin and one of today’s leading scholars of Ogham, regards the vocabulary as classification or possibly embellishment by the scribes. 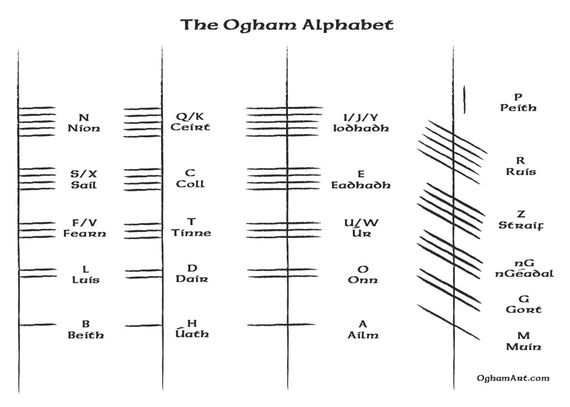 There are many theories as to the arboreal assignments of Ogham letters.  While only a few of the 20 original letters directly translate to the name of a tree, many Irish language dictionaries have added the correlating tree (or the Ogham letter itself) as a second definition for the names.

Some of the letter names have unknown origins or definitions in Irish and were most likely added by scholars during the Middle Ages or for modern divination purposes.

It is unlikely we will see the day when an early medieval tell-all about the who, what, and why of Ogham is discovered; the resources, opinions, and explanations from over the centuries are countless.

In my opinion, that is the beauty of this mysterious script.  We must rely on the knowledge and research of historians and archaeologists while respecting ancient legend and the spiritual interpretations of those inspired by Celtic divination.

We have the freedom to celebrate and appreciate Ogham in whatever way serves our modern selves best - admiring the ancient stones, casting Ogham staves, painting a family name...or planting an indigenous tree.

Visit YourIrishHeritageTree.com and plant a native tree in the heart of Ireland 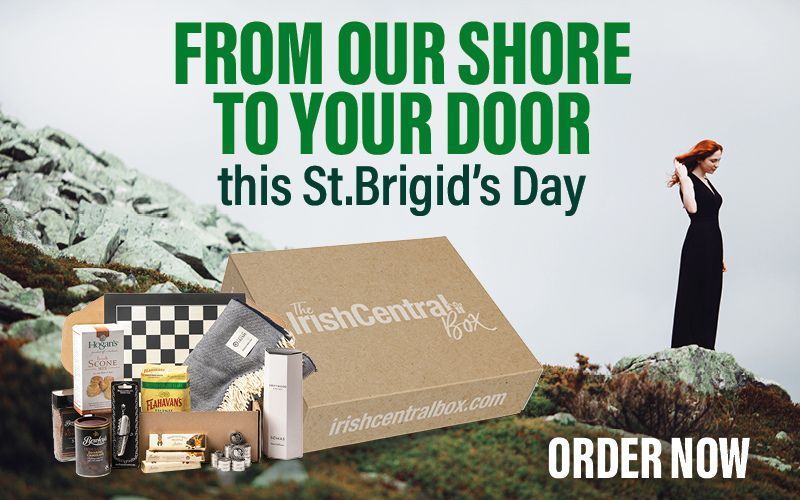