Why stay in one place when you hit the road and see all the sights of our Emerald Isle. 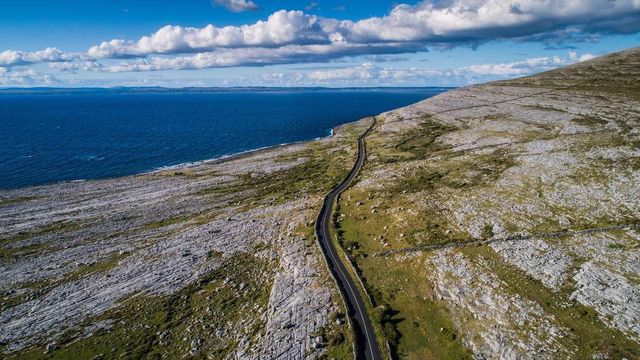 Is there anything better than loved ones in a car road-tripping? Yup! It's road tripping in Ireland... prove us wrong! Check out our five favorite routes.

Originally published in the July / August 2021 issue of Ireland of the Welcomes.

The Wild Atlantic Way covers an area of 2,500km along the west coast of Ireland covering stunning coastal locations from the Inishowen Peninsula in Donegal to Kinsale in County Cork. If time is on your side, the Wild Atlantic Way can be covered at your leisure over days or weeks, or can be completed in stages to see the parts that suit your interests along the way.

For example, the stretch from Malin Head to Fanad Head in Donegal is particularly fabulous. Malin Head is Ireland’s most northerly point and is absolutely steeped in history while also surrounded by beautiful scenery, most striking of which are some of the stunning rock formations. Ballymastocker Bay at Fanad Head has been voted the second most beautiful beach in the world by the British Observer Magazine partially due to the sweeping views of the Inishowen Peninsula, making this drive a must do if it fits your itinerary.

Further south on the route, you can experience the beauty of Kerry as you will see two of the Wild Atlantic Way’s Signature Discovery Points – The Blaskets View and The Skelligs View. The Blasket Islands are uninhabited and have been for hundreds of years, but this route offers stunning views of the islands and for the truly adventurous, there is also the option to visit the islands by boat and learn more about the heritage and history of this stunning archipelago. 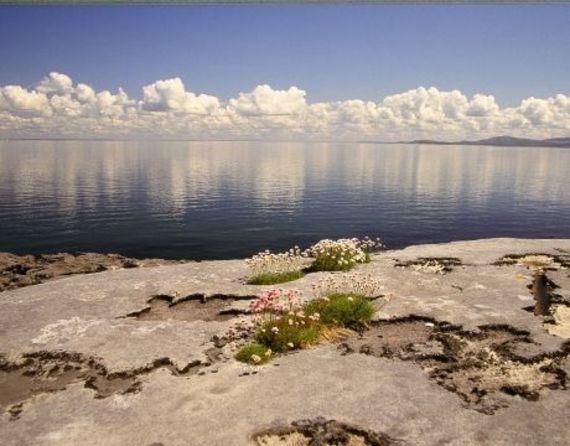 This drive takes in the incredible landscapes of the Burren in County Clare a truly unusual area which is home to plant species usually found in Artic and Mediterranean areas. The Burren or ‘Boireann’ in Irish, translates from Irish to ‘great rock’ covers an area of almost 250 square kilometres and is also home to some famous Irish towns including Lisdoonvarna famous for its annual Matchmaking Festival, Kinvara and Doolin.

The Burren is a UNESCO World Heritage Site as it is acknowledged for many factors, including the flora and fauna that thrives in the grey rocky limestone, the dramatic Cliffs of Moher and the sheer number of ancient historical sites including castles, cairns, ring forts and megalithic tombs. All of these sites and structures just add to the unique and wondrous place that is the Burren. The Burren Loop Drive consists of 2 main loops – the western loop and the eastern loop. The western loop consists of the main villages and towns of the area, while the eastern loop focuses on the Burren National Park, the landscape and historical sites that are associated with the Burren area.

The drives are both magnificent and should both be explored at a pace that allows you to soak in this truly incredible area. 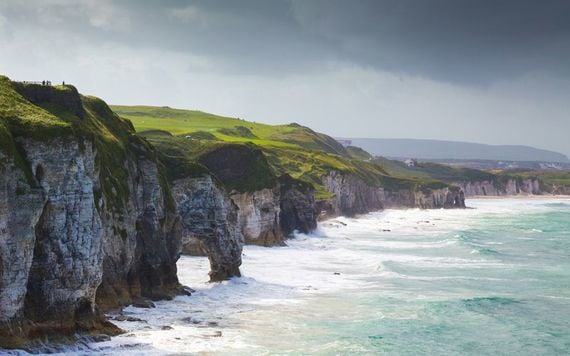 This Causeway Coastal Route takes in the route from Belfast to Derry in Northern Ireland and the route does not disappoint. Starting in Belfast, there is enough to do in this city to spend days

exploring attractions such as the Titanic Belfast Interactive Museum which tells the story of the ill-fated journey of the ship through recreating tale of the building of the Titanic right through to video footage of the ship’s wreckage on the ocean floor. As you move out of the city and out to the coastal area you will find the Cushendun Caves, which Game of Thrones fans will recognise. GOT fan or not, however, the area of Murlough Bay provides views of almost endless sandy beaches and on the right day weatherwise will also provide a very distant hint of the coast of Scotland.

Further along this section of the route provides the Glenariff Forest Park, offering fabulous walking routes with three spectacular waterfalls along the way. Another must see attraction along this drive is the Carrick-a-Rede Rope Bridge. Not for the faint-hearted, this bridge will allow you to sway in the wind 100ft above the sea and visit Carrick Island as the locals have done for over 350 years.

Another must-see along this route is the Giant’s Causeway. The formation of this UNESCO Heritage Site is generally explained in two ways – the myth or the natural science. The myth says that the Giant’s Causeway was built by warring giants, while science says that it was formed as a result of volcanic activity. There is only one way to settle this debate and that’s to visit the area for yourself and make up your own mind. 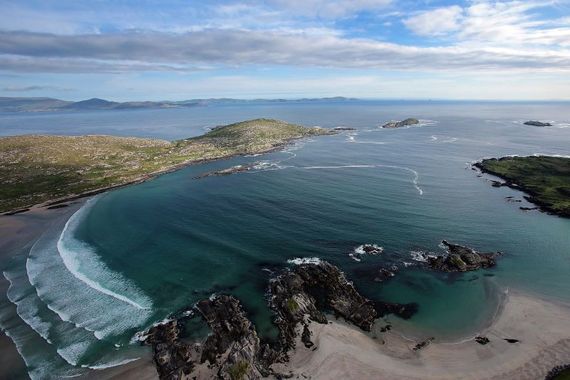 The Ring of Kerry.

The Ring of Kerry drive starts traditionally in Killarney, however, due to the nature of the drive you can join it at any point along the route. The route is just under 180km long and so could be

completed on a continuous drive, but the scenery along here is too good to miss so make sure you allow enough time to properly explore and appreciate the Ring of Kerry. The route includes Killarney National Park, which if you have the time could take up a day by itself. The views of the lakes and the mountains are phenomenal and are well worth a visit. The Macgillycuddy’s Reeks are home to Ireland’s highest mountain, Carrauntoohil, and can be viewed from Moll’s Gap along this route- called after Moll – a much-loved owner of a Síbín during the construction of the Kenmare to Killarney Road. Another must-see along this route is Valentia Island which is one of Ireland’s most westerly points. Stopping here to stretch your legs and complete the Bray Head Loop walk which offers stunning views of the Skellig Islands is non-negotiable on this drive. 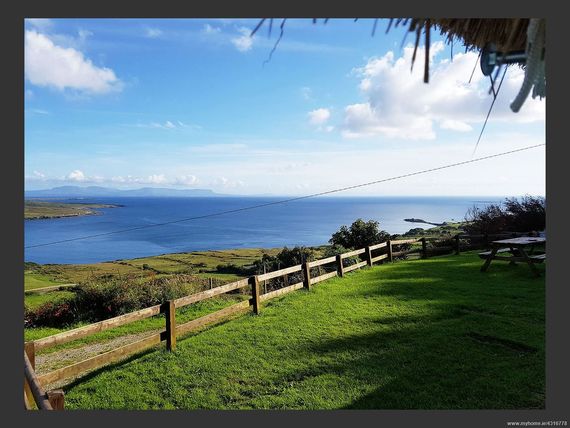 Donegal is renowned as one of Ireland’s most beautiful counties and can be seen in a multitude of ways from walking to driving. Picking just one scenic drive in Donegal is an almost impossible task as there are just far too many to choose from. Donegal is a very large county with lots to see, so there are conveniently six routes that can be taken to see the most of this stunning county. Route one is known as the Donegal Bay Drive and starts in Bundoran and takes in some beautiful parts of the county, including the seaside village of Killybegs where you will see some magnificent ships towering over the town. Further along the route, Teelin has breath taking views of the majestic Sliabh Liag Cliffs. Route two travels along the route from Ardara to the Bluestack Mountains, crossing the county and showcasing the stunning mountains that are the backdrop to many Donegal towns.

Route three is the route for those with a love of the Irish language as it takes in Gaeltacht areas such as Gweedore and the beautifully imposing Mount Errigal – Donegal’s highest peak.

Route 4 is a shorter drive through Donegal East and begins in the ‘twin towns’ of Ballybofey and Stranorlar while also taking in the heritage town of Raphoe which is home to many historical and environmental sites. Finally routes five and six focus on the northern part of the county. Route five consists of the area from the Fanad Peninsula to Shephaven Bay. There are many beautiful towns along the way including Glenveagh National Park which consists of 16,000 hectares dotted with stunning mountains, lakes and wildlife. Route 6 covers the largest of Donegal’s Peninsula’s the Inishowen Peninsula and is commonly referred to as the Inishowen 100, the 100 refers to the approximate distance (in miles) of the drive. This drive includes Malin Head, Ireland’s most northerly point.