The next big series from Netflix is about a true life 16-year-old Irish maid who murdered her wealthy employer in 1843. 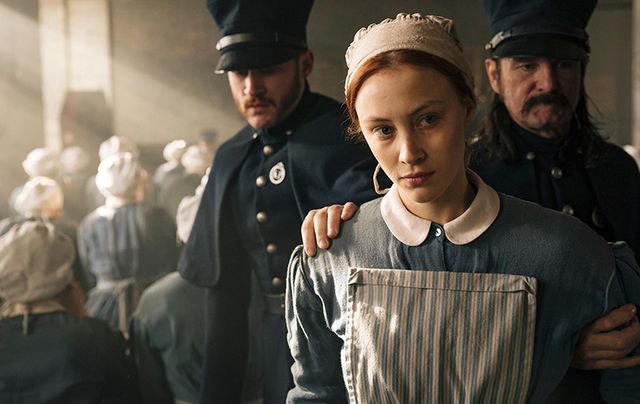 Netflix’s next big series is based on the true story of Grace Marks, a 16-year-old Irish maid who murdered her employer and his housekeeper in 1843.

Inspired by the true story of Marks and based on the award-winning novel by Margaret Atwood, the six-hour miniseries "Alias Grace" will be broadcast in Canada, on CBC, before it is streamed globally on Netflix on Friday, November 3.

Marks was a poor young Irish immigrant and servant in Upper Canada (near what is today, Toronto) . Along with James McDermott, a 20-year-old stable hand, she was convicted of the murders of their employer Thomas Kinnear and his housekeeper Nancy Montgomery, in 1843.

McDermott was hanged, while Marks was sentenced to life in prison. She was eventually exonerated after 30 years in jail. She then vanished shortly after crossing the border into New York State.

Marks' conviction was controversial and there was much debate about whether she actually participated in the murder or was merely an unwitting accessory.

In the program Grace, speaking in an Irish accent, says: “I think of all the things that have been written about me – that I am an inhuman female demon.

“That I am an innocent victim of a blaggard, forced against my will and in danger of my own life.

“That I am cunning and devious. How can I be all of these different things at once?”

She then adds: “Murderess is a strong word to have attached to you. Murderer is merely brutal. I’d rather be a murderess than a murderer if those were the only choices.”

Margaret Atwood's novel "Alias Grace" was shortlisted for the Man Booker prize. Another of the author’s popular novels, "The Handmaid’s Tale," has already been turned into a TV series and is winning rave reviews. The TV series has been nominated for for 13 Emmy Awards.