GAA: Dubs will dominate for years

Within days, the greatest of Dublin football men are going to be left in a permanent shadow. By Sunday evening next, Kevin Heffernan and his magnificent troops from the 1970s will be viewed as somewhat lesser men. 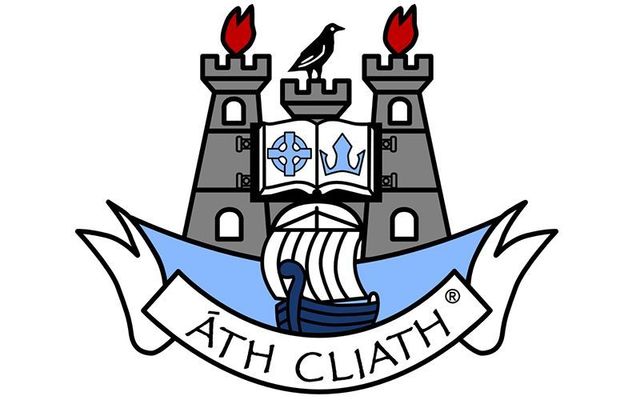 Drive for five! Dublin will dominate in the All-Ireland GAA Finals.

Within days, the greatest of Dublin football men are going to be left in a permanent shadow. By Sunday evening next, Kevin Heffernan and his magnificent troops from the 1970s will be viewed as somewhat lesser men.

It’s hard to imagine that, isn’t it? Who would have thought? This decade began with Dublin on the receiving end of the country’s sympathy.

We felt mostly pity for one of the former superpowers of Gaelic football.
They hadn’t won an All-Ireland since edging past Tyrone by a single point in 1995. And that triumph was preceded by 12 years of coming up short. Before and after ’95 Kerry was the problem. They had beaten Heffo’s men in All-Ireland finals in 1978 and ’79, 1984 and ’85.

And after Heffo retired, Kerry had continued beating Dublin in the Championship – in quarterfinals in 2001 and 2004, in a semifinal in 2007, and again in a quarterfinal in 2009. The last of those defeats was a 17-point demolition which left the then Dublin team boss Pat Gilroy smiling in his grief as he could only liken his players to “earwigs.”

Kerry had Dublin under their thumb, and that is where Dublin remained through the larger portions of the 2011 All-Ireland final until the dying minutes when Kerry got sloppy and Dublin got lucky. It closed 1-12 to 1-11, and I clearly remember rejoicing for the Dubs as Croke Park was transformed into a sea of blue. Good for them, I thought to myself. But, now, at the close of the same decade with Dublin about to achieve the impossible, and win five All-Ireland titles on the trot, I’m wondering who’ll ever beat them, and when?

It’s a decade that sometimes appears to have been a flick of a switch. But it has been a decade of immense achievement by Jim Gavin and his backroom team, which extends itself to 25 individuals some days. Among other things, Gavin will be awarded the Freedom of his home city shortly enough.

On that day he’ll join Heffo, who actually shunned war rooms and large groups of advisors, and preferred to note his own thoughts on the inside of a flattened packet of cigarettes.  Heffo received the greatest honor his city could bestow on May 7, 2004, which, among other things, gave him permission to graze his sheep on College Green and St. Stephen’s Green.

Heffo joined Isaac Butt, the great political leader who was the first to be honored by the city in 1876. His name was listed after John McCormack, George Bernard Shaw, John F. Kennedy, and Eamonn de Valera, Maureen Potter and Bono and all the U2 lads, and people as properly individualistic and worlds apart as Mother Theresa and Bob Geldof. Ulysses S. Grant accepted his Freedom when he was on around the world trip with his wife Julia in 1879. And Gavin will feel more at home in the company of Grant, the American Civil War general, and Heffernan than any of the other famous men and women. Since 2011, Dublin has never lost to Kerry in the Championship – and they’ve beaten them in two semifinals, as well as the final in 2015. This Sunday will be Dublin’s fifth victory over Kerry in this decade. It is a sure thing. Dublin is the most complete football team we have ever seen.

They are the ultimate team which plays the game at a level of intensity and absolute thoroughness in execution, that we have never seen before in the last 150 years. They are “that” team, and they also have five of the greatest footballers in the country right this minute, from one to five -- Stephen Cluxton, Jack McCaffrey, Brian Fenton, Ciaran Kilkenny, and James McCarthy. Men who top off the team’s overall excellence with their own personal array of tricks and treats, and game-winning scores. Kerry, in comparison, are boys. Shane Enright, David Moran, and Tommy Walsh are their only three oldies. The body of this Kerry team is instead made up of the young lads who won the last five All-Ireland minor titles.

Seventeen players from that golden generation of up-and-coming talent have tasted senior action this season. They are brilliant footballers and they will get better and better, and someday a great number of these 17 will be on the Kerry team that will stop a tired or distracted Dublin.

And when will that be? We’ll need to wait around until 2022, or ’23, I suggest.
Meanwhile, how and why will Dublin be too good this Sunday? Basically, Dublin just has to stop two Kerry players to be sure of winning this one. They need to prevent David Moran from looking anything like a midfield powerhouse, and they need to swamp David Clifford with arms and legs and ensure that the most exciting young footballer in the country gets no opportunity of even thinking of doing anything inspirational. Dublin, when the game reaches its decisive moment, in either the 10 minutes before halftime or the 10 minutes after, will probably dominate everywhere.  But, again, why is Dublin absolutely certain of winning and why will Gavin be honored as one of his city’s most gifted sons?

They’ll win, simply, and more than anything else, by stopping Kerry goalkeeper Shane Ryan from kicking the ball out. Yep, at some stage on Sunday, Kerry will not even be able to kick the ball out!

And if he kicks the ball long, and as far as he can, Dublin will swallow up possession. General Grant and Heffernan would be consumed with admiration if they were around to look in on Croke Park on this occasion.

One man would take his hat off to Gavin’s tactical genius. The other would light a cigarette and bow to Gavin’s superior mind by not bothering to flatten out his empty packet.