Out of an estimated 41,000 airports across the globe, component supply specialist Artemis Aerospace has ranked their top six must-see runways. 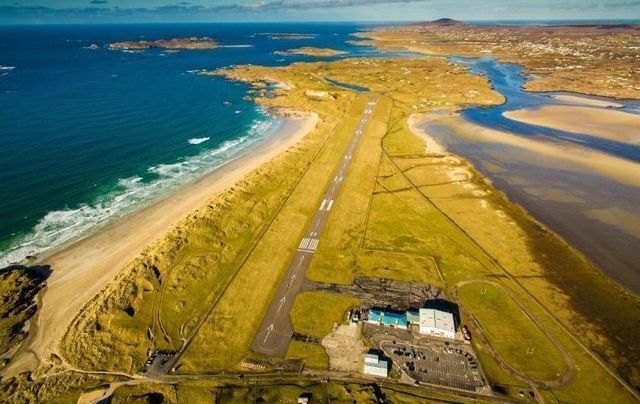 Donegal Airport has been ranked as one of the world's six most beautiful runways by Artemis Aerospace.

Out of an estimated 41,000 airports across the globe, component supply specialist Artemis Aerospace has ranked their top six must-see runways.

Donegal Airport, located on Ireland's northwest coast, has claimed the sixth spot on the list.

"Voted the most scenic airport in the world for three years in a row, Donegal Airport exudes the rugged charm and wild landscape that is synonymous with Ireland's coastline. Located on an archipelago and flanked by stretches of clear blue water and soft sand, the runway approach is a visual display of striking and dramatic natural beauty," writes Artemis Aerospace.

The airport, located at Carrickfinn, Kincasslagh,  is approximately a 15-minute drive from Dungloe and Gweedore, and 45 minutes from Letterkenny.  Donegal Airport is a 55 minute flight away from Dublin.

The airport, which is owned and managed by a private limited company, is popularly known within County Donegal as Carrickfinn Airport.

For several years in a row, Donegal airport has also been named the "most scenic" in a survey conducted by PrivateFly.

Here are the Six Most Beautiful Runways in the World: