After two years, The Wolfe Tones will be back performing in New York City ahead of St. Patrick's Day on March 15 and 16 at The Town Hall theater. 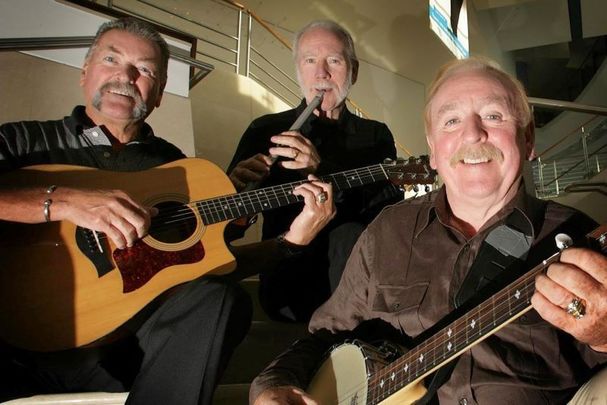 The Wolfe Tones are finally returning to New York City on Tuesday, March 15 and Wednesday, March 16 for two special shows at The Town Hall theater.

Tickets are available now via Ticketmaster.com and TheTownHall.org.

March 15 & 16 join The Wolfe Tones for a 175th Anniversary Tribute To The Great Irish Famine! Their live shows and songs are a celebration of Ireland's heritage and history and they include many number one hits. Tickets: https://t.co/QEeo8DiFxu pic.twitter.com/Aa9M8dzqQ9

About The Wolfe Tones

Brian Warfield, Noel Nagle, and Tommy Byrne today comprise the world's most popular Irish folk group The Wolfe Tones, which had its humble beginnings back in the early 1960s.

The group named themselves "The Wolfe Tones" in honor of Theobald Wolfe Tone, the 18th-century Irish nationalist leader who was condemned to death by the occupying British forces but cheated the hangman the night before he was to be executed by cutting his own throat. The name and the symbol it evokes in Irish history and republicanism have inspired them since.

"The name seemed to fit into place from the start, we all nurtured a strong sense of national pride and identity," Brian Warfield has said.

In 1965, the year after the group went professional, The Wolfe Tones released their first album. They made their first of many trips to America in 1966.

In 1968, just three years on from the release of their first album, The Wolfe Tones were voted the second most popular group in Ireland.

While their popularity boomed in Ireland, a New Year's Eve show in New York in 1969 helped spark their success in the US, which continues to this day.

Success and subsequent fame have given the rebellious Wolfe Tones the opportunity to collect a wealth of old Irish songs and to write a few new ones. But the Wolfe Tones have never set out to please anybody but themselves. They play and sing the music they like - and they play it and sing it the way that they like.

Luckily, a vast number of people throughout the world agree with their taste.