The Providence parade was canceled in 2020 and postponed in 2021 due to the coronavirus pandemic and organizers say that the rescheduled event on Sept. 18 will only go ahead if conditions are safe. 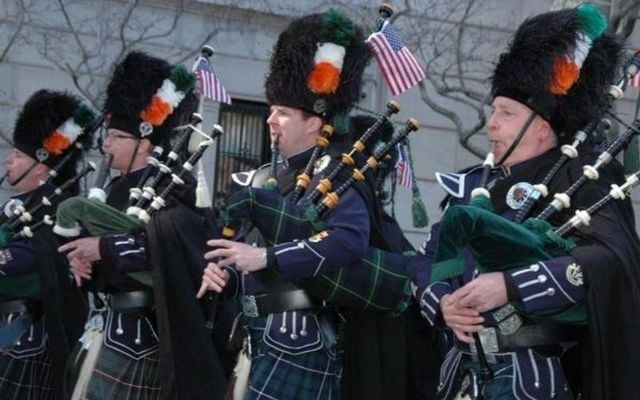 Organizers of the St. Patrick's Day parade in Providence, Rhode Island, have announced that a rescheduled parade will take place on September 18.

The parade was canceled in 2020 and postponed in 2021 due to the coronavirus pandemic and organizers say that the rescheduled event on Sept. 18 will only go ahead if conditions are safe.

The parade is scheduled to kick off at noon after the completion of two 5k road races in Downtown Providence.

"We are delighted to have our committee back together planning for the parade in September," said parade committee president Patrick Griffin in a statement to the Providence Journal.

"We are grateful to the city of Providence for granting us the provisional permits to proceed providing that the environment is safe for gathering come September."

The parade is set to honor first responders and front-line workers who have been on the front of the fight against COVID-19, while the parade committee has named the city's former fire chief Michael Dillon as grand marshal.

Barbara Cottam, the chair of Rhode Island's Board of Education, has been named as deputy grand marshal.

A number of US cities have already announced plans for rescheduled St. Patrick's Day celebrations, with Bayside, Queens, also set to host a postponed parade on Sept. 18.

Meanwhile, the Silky Sullivan St. Patrick's Day Parade returned to Memphis, Tennessee, in May this year after March celebrations were canceled in 2020 and postponed in 2021.